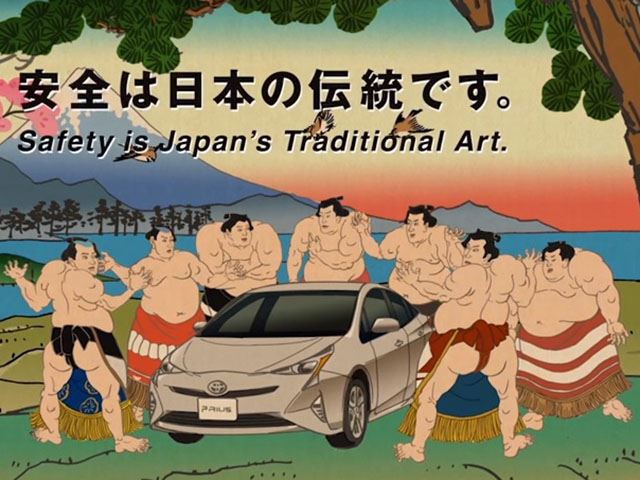 Toyota Japan has recently released an advertisement featuring seven Sumo wrestlers. For most of the video we see the Sumo running in a line across Los Angeles. During their travels, they imitate some safety features of Toyota’s new care line-up which are narrated in Japanese and then English. At the end, we see the same features illustrated in traditional Japanese art called Ukiyo-e (lit. meaning “pictures of the floating world”). Interestingly, Sumo wrestlers were one of the common depictions in Ukiyo-e. 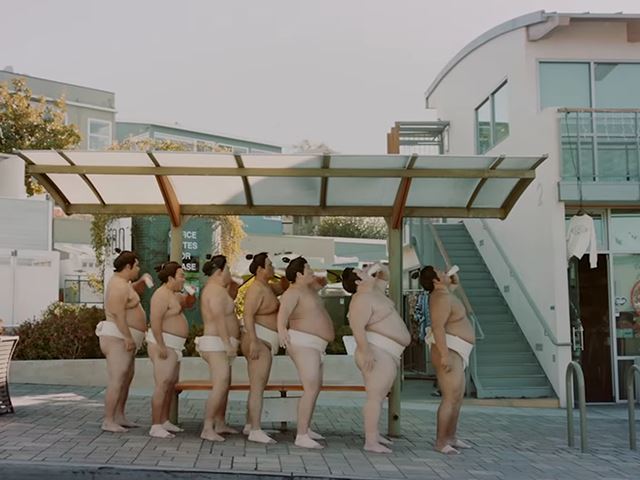 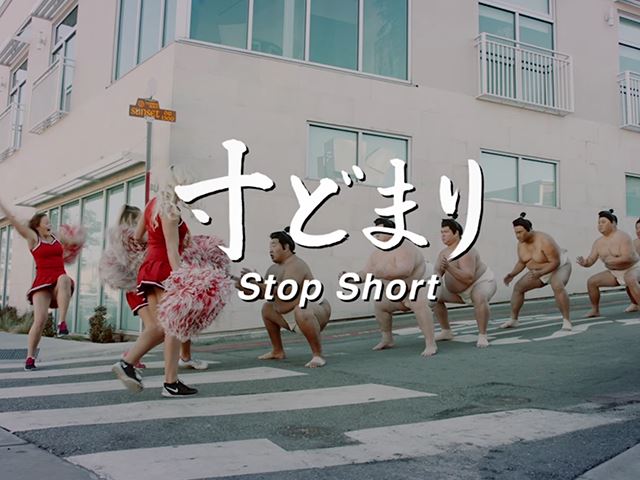 It’s a clever ad that celebrates some of the cultural (and language) background of the Japanese company, which isn’t usually acknowledged when they market in the States. At the same time, it’s fun, light-hearted and will probably put a smile on your face.