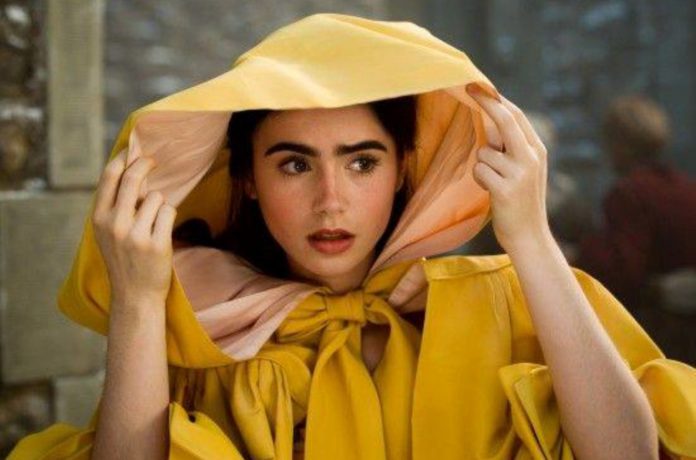 “Grandmother, what big eyes you have!”

“All the better to see with, my child.”

“Grandmother, what big teeth you have got!”

“All the better to eat you up with.”

These lines long stay in our personal and collective memory. A kids bedtime story, that manages to evoke emotions of fear and horror in every child but only for a moment as we know we are in the protected, safe environment of our parents.

“Little Red Riding Hood” has been a very popular story to be told, being revised over time, again and again with numerous versions that vary in their moral message, including with respect to morality, sexuality, violence, and gender and reflecting both changes in target audience and social and cultural constructs of its era.

Don’t talk to strangers – is it always true, and can we better communicate the moral?

WHAT IF… we taught kids to beware of ‘strange’ situations rather than people?

I wanted to take the chance and write my own modern ‘Banana Style’ version to it, so here we go …

Once upon a time, there was a little girl who lived in a village near the forest.  Whenever she went out, the little girl wore a yellow riding cloak, so everyone in the village called her Little Yellow Riding Hood.

One morning, Little Yellow Riding Hood asked her mother if she could go to visit her grandmother as it had been awhile since they’d seen each other.

“That’s a good idea,” her mother said.  So they packed a nice basket filled with bananas for Little Yellow Riding Hood to take to her grandmother.

When the basket was ready, the little girl put on her yellow cloak and kissed her mother goodbye.

“Remember, go straight to Grandma’s house,” her mother cautioned.  “Don’t dawdle along the way and please don’t talk to strangers, unless someone is asking for help, of course!”

In the woods, when Little Yellow Riding Hood noticed some lovely flowers, she forgot her promise to her mother.  She picked a few, watched the butterflies flit about for a while, listened to the birds singing and then picked a few more.

Little yellow Riding Hood was enjoying the warm summer morning so much, that she didn’t notice a dark shadow approaching out of the forest above her…

Suddenly, a big baboon appeared beside her on the ground. He had a red nose and sharp long teeth.

“What are you doing out here, little girl?” the baboon asked in a voice as friendly as he could muster.

“I’m on my way to see my Grandma who lives through the forest, near the river,” Little Yellow Riding Hood replied and asked, “Why do you have such a big red nose?”

Little Yellow Riding Hood thought for a minute, first she hesitated, but she didn’t want to upset the stranger so she handed him a banana.

Then she quickly excused herself, rushing down the path to her Grandma’s house.

Suddenly, a baboon, that was a little smaller than the first one, appeared, sitting on a brunch of one of the trees above her. She had a yellow nose and big yellow eyes.

“What are you doing out here, little girl?” the baboon asked in a voice as friendly as she could muster.

“I’m on my way to see my Grandma who lives through the forest, near the river,” Little Yellow Riding Hood replied and asked, “Why do you have such big yellow eyes?”

“Ha-ha, I have big yellow eyes, same as my mother,” laughed the baboon with the yellow eyes, “I am so hungry, what about we share a banana, dear?”

Little Yellow Riding Hood thought for a minute, first she hesitated as she had fewer bananas, but she had a good heart so she handed her a banana.

Then she excused herself, rushing down the path to her Grandma’s house.

Suddenly, a baboon, that was smaller than the other two, appeared, hanging upside down with his tail clinging to a brunch of one of the trees above her. He had a green nose and cute cheeks.

“What are you doing out here, little girl?” the baboon asked and giggled.

“I’m on my way to see my Grandma who lives through the forest, near the river,” Little Yellow Riding Hood replied and asked, “Why your tail is so long?”

“So I could play with you, ha-ha” laughed the little green nosed baboon.

After they played, they sat to rest and Little Yellow Riding Hood offered him to share the last bananas.

Then she realized how late she was and quickly excused herself, rushing down the path to her Grandma’s house.

Yellow Riding Hood arrived at her Grandma’s garden; her Grandma was there outside by the apple tree.

“My dear Yellow Riding Hood, I am so happy to see you. What lovely flowers you brought me. I was thinking of making an apple pie. Look at these apples, so big and red, but all the apples are so high up on the tree. I could never reach so high.”

Suddenly, three baboons appeared on top of the tree. One had a red nose, one had a yellow nose and the little one had a green nose. They called at Yellow Riding Hood and her Grandma, “Get ready to catch some apples”.

“Ho, here are my baboon friends, I guess they followed me here,” said Yellow Riding Hood to her Grandma and started picking the apples that fell on the ground.

“Your friends? Aren’t you afraid?”

“Oh Grandma, at first when I met the first big baboon I was so scared!”  Explained Little Yellow Riding Hood, “but then when I saw the second baboon I was happily ready to help, and last, when I met the small one, I was hungry myself so I offered to share with him the last bananas.”

“There, there, child.  You’ve thought me an important lesson!”

“Not really what I mean, rather said, share a banana and make new friends.”

Little Yellow Riding Hood, her Grandmother and the three baboons had a nice tea party with a sweet apple pie and a long chat.

Stories, such as moral stories have the power to shape mankind’s destiny.

It might sound Naïve at first, but wouldn’t you wish to be that ‘stranger’ in a foreign country, being greeted with warmth as a family member rather than being ignored when asking for directions and worse feel being hatred?

If I didn’t talk to so many strangers I wouldn’t enjoy such rich life with so many friends from all over the world.

In fact, we should teach kids to beware of ‘strange’ situations rather than people.

Last, in modern time, living in big cities rather than in small villages with dark forests, we need to adopt new ways to communicate moral messages we wish to share with our kids.