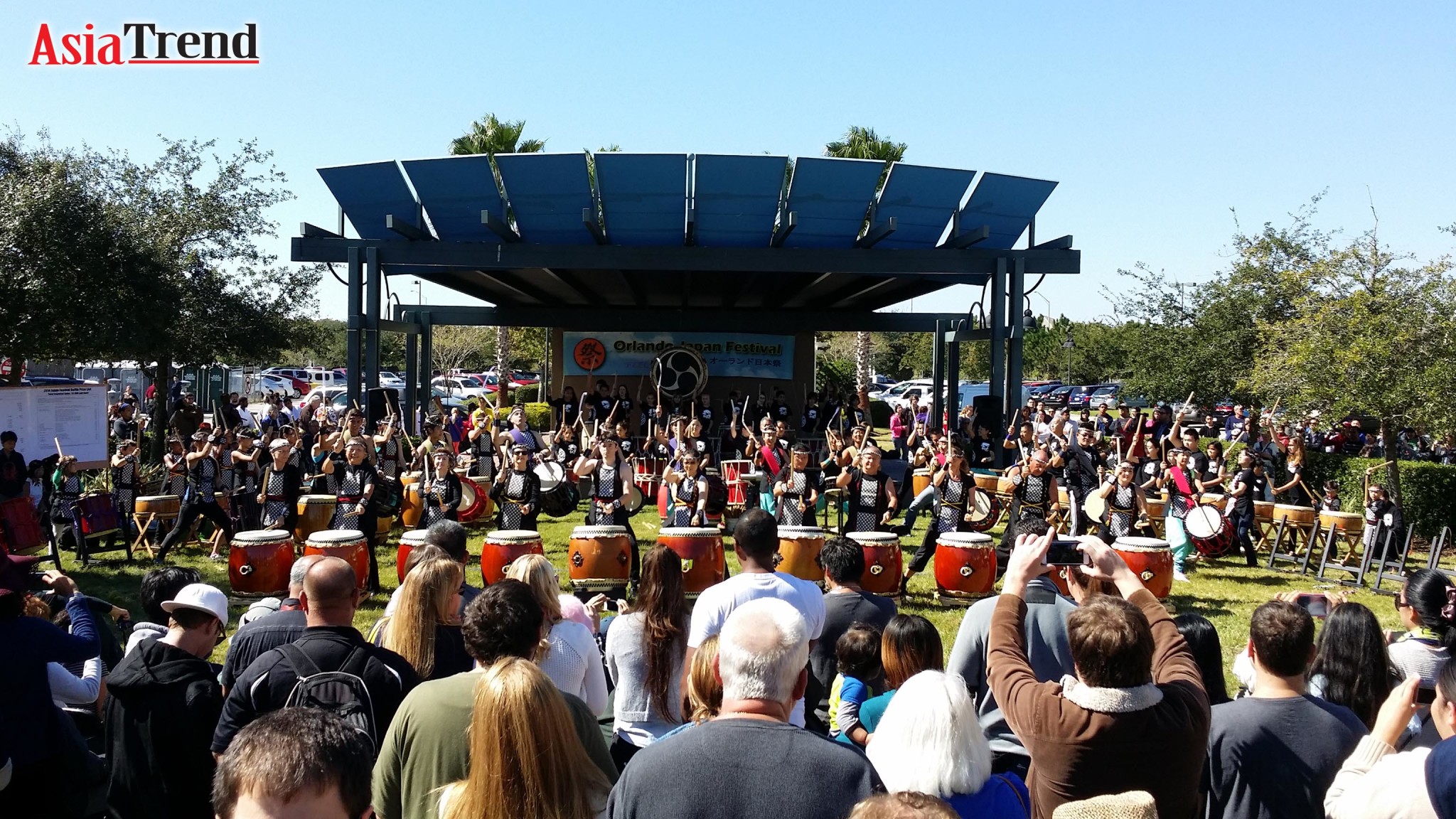 The Orlando Japan Festival is an annual event put on by the Japan Association of Orlando, the local Orlando Japanese community, and is one of my favorite events of the year – where you can have a taste of the street food from Japan like takoyaki octopus balls to gyu don beef rice bowls, and of course sushi, all while enjoying traditional Japanese cultural entertainment. It’s a wonderful event to take the whole family.

The event, which was once hosted at the Rangetsu building on International Drive, is now put on at the Hunter’s Creek plaza just south of SR 417 on John Young Parkway for the past few years.

There are amazing traditional performances like the 100 Drummers taiko performance performed by Matsuriza of the Disney Epcot Japan Pavilion, Koto (Japanese harp player), traditional Japanese Dance, Tsugaru-Shamisen, the ageold iconic Tea Ceremony (symbolic of Japan’s oldest traditions), Japanese Calligraphy (shodo), Martial Arts demonstrations, as well as a chance to try-out real Japanese Kimonos. Many guests also participated in Cosplay, a popular form of expression through costume at the Japan Festival – dressing up as their favorite game and anime characters.

Mr. Rosen, a huge supporter of the local community, including the Japanese, donated $100,000 to Japan in 2011 after the Tsunami and was at the festival to promote the event and even participate in the Japanese tea ceremony.