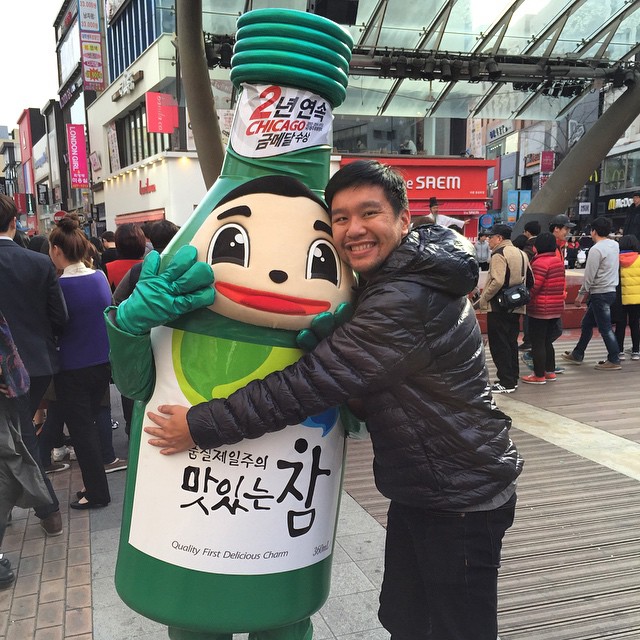 Makgeolli [mak-guh-lee] is traditional Korean rice wine that is gaining its popularity in Korea among Generation X and Millennials (those who are born in 1965-1993). The native drink to Korea, has been around since the 9th century Goryeo Dynasty — in the reign of King Taejo — the drink, however, in its modern times has largely fall flat in sells and has been forgotten in Korean drinking culture for quite some time. Makgeolli has lost its selling appeal behind more attractive and fashionable drink choices in beer, soju, whisky, etc. Lately though, makgeolli has been on tip of everyone’s tongue in Korea, and just like it is in fashion, everything that seems old is new again.

Makgeolli in Korean literally means coarsely sifted drink. The name derives from how the drink is made during its fermentation processing of four key ingredients: cooked rice, sugar, water, and special yeast called nuruk (누룩).

It wasn’t until in early 2000s the big corporations saw profitability of marketing fermented rice wine and started to ensure more efforts by launching marketing campaigns with endorsement from famous Korean actors and idols and went mainstream with their approach to attract general population. The rice wine campaign, for the large part, has been viewed favorably by many Koreans and its results translated into sales in stores. The campaign spoke to young adults, who seeks uniqueness, identity, and variety in everything they wear, eat, and listen. With demand hike of rice wine increasing, many bars and restaurants followed suit and opened restraints and bars that specializes in makgeolli and Korean pancakes (paejeon) and kimchi in urban areas. All the sudden makgeolli became a thing.

Koreans are falling in love with makgeolli all over again. The native drink to Korea, hasn’t been this popular for quite some time, perhaps not since the days back in Goryeo Dynasty. The sales of Korea’s native drink spiked 110 percent in 2009 and another 400 percent in 2010. Export sales to Japan also grew 227% during that time. However in 2011-12, makgeolli sales have reached saturation point through over exposure and people resorting back to their soju or beer. By end of year 2012-13, makgeolli campaign stagnated completely. That was 2 years ago and with the return of the year of sheep in sign, makgeolli sales is on an upswing again with consumers flocking back to traditional rice wine as big corporations are looking to introduce wild range of differentiated rice wine products, as well as, increasing marketing activities.

In February of 2015, underground Korean rapper, Keith Ape, released a music video for his new single called ‘It G Ma’ – feat. JayAllday, Loota, Okasian, and Kohh. Out of five artists starred on the video, Keith Ape, Jay, and Okasian are Koreans. Loota and Kohh are Japanese. The video which is 5:45 long features its lead singer holding a large, green plastic bottle of makgeolli as he is singing his verses. The video is eerie in sense that Korean rapper, Keith Ape, walks around a hotel lobby rapping in his native tongue and walk into another room to hear artists rapping in Japanese. For whatever it is worth, the video is a great marketing tool sell makgeolli, not only in Korea but in Japan as well. The video is entertaining enough for people who listen to K-pop but are not familiar with makgeolli to grow curious about the drink enough to try some. The brand of rice wine featured in video is Kooksandang brand Sang Makgeolli. Modern day makgeolli comes in plastic, pocelin shaped bottles. However, when it is served in restaurants or at bars, it is served in either bronze, china, or wooden jar to be scooped into a cup — to emulate drinking makgeolli in more of a traditional way just as old famers did back in the days in Goryeo times. Modern day moniker ‘Korea’ dervied from 9th century ‘Goryeo’. 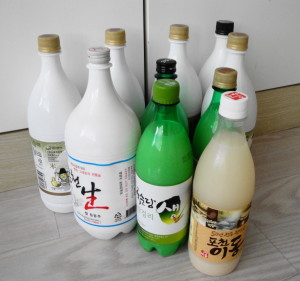 Korean rice wine shares the same historic and sentimental value of French wine or Japanese Sake. It is something that is truly unique to represent the heritage of the country and has stories and history to back it up. To meet increasing demand from around the world and to cater to different taste, modern day makgeolli comes with added fruit and ginseng flavors and are exported at an premium price to other countries. Today, makogeolli is being exported to countries where Korean drama and K-pop are quite popular. All the bottled makgeollis being sold around the world are made in Korea

If you want to try taste of Korean rice wine, make sure to your local Asian mart. If you want AsiaTrend to feature any of specialty food of your choice, please write submit your request to [email protected].