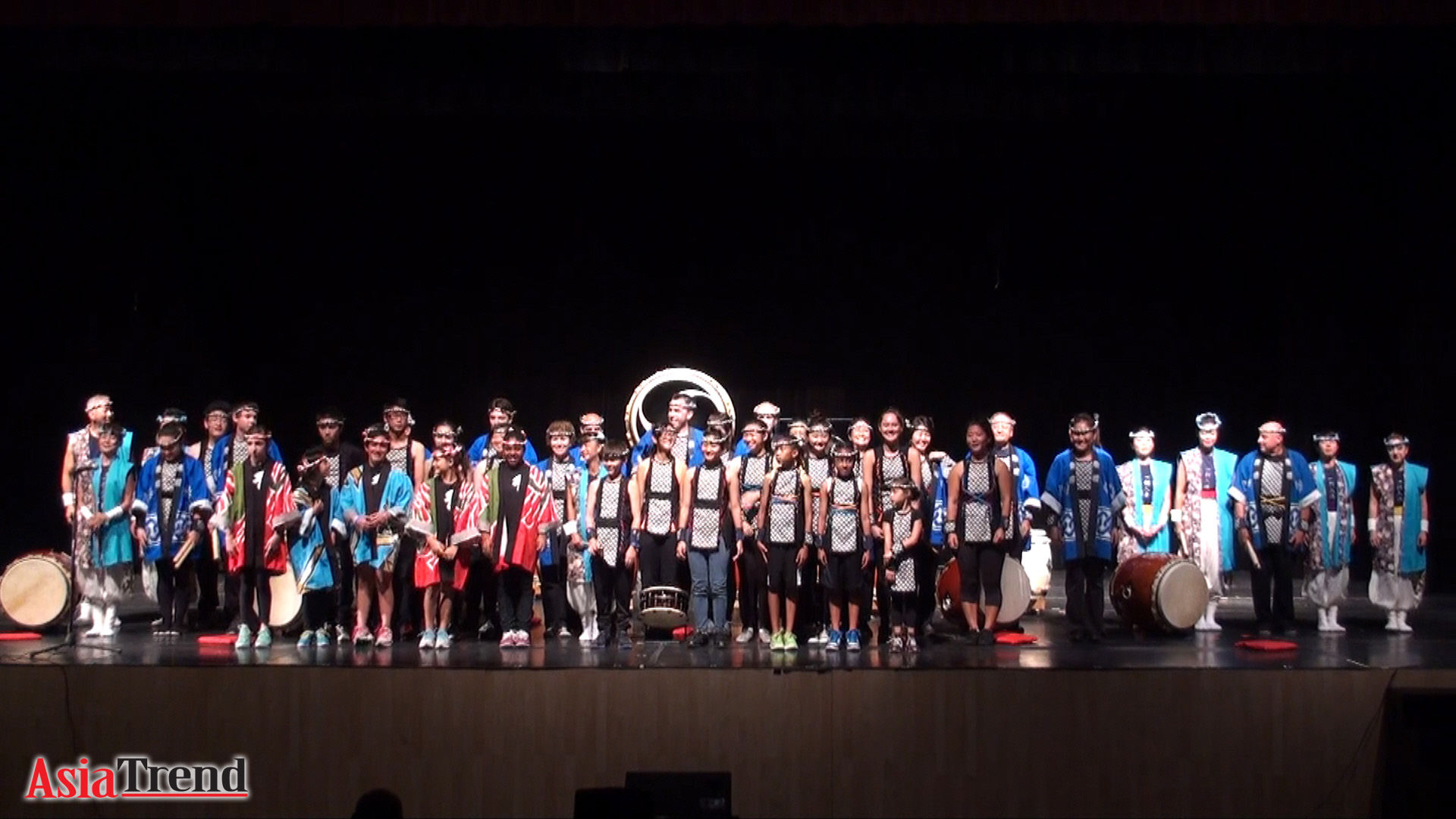 It all started two years ago, when someone said, “Let’s have Orlando Taiko Dojo recital.” Orlando Taiko Dojo is a nonprofit organization and has been performing traditional Japanese Taiko drumming at various local events but never really held a recital before. Our first recital was small scale, more like a “picnic party.” We used the parking space behind our dojo as the stage and the audiences were other students and families. We even had dojo members brought treats while teachers cooked hotdogs.

This year, on April 26th, we had our second recital at a much bigger and better venue- Freedom High School’s Performing Arts Center. With the help of one of our dojo student, we had an opportunity to borrow the school’s auditorium. Apart from the first recital, we had stage, air conditioning, lights, microphones, and no hotdogs. And this time, it was a serious and actual recital, with film and photography crews recording everyone’s performances. All of these factors fired most of the students, and made other students nervous. The program included total of four pieces. The opening piece was played by the entire dojo members. For the following three pieces, each class was assigned a song. At our dojo, we teach multiple classes: Children, Teen, and the S- Team (advanced/adults). What was different from usual stage shows was that most students have never performed just with their classmates. Younger students, especially, are always placed near the advanced students so they have someone to follow. Another challenge was the procedure of setting up and striking for every song. Playing four pieces in a roll was a first experience,making it the longest performance time for the dojo students.

It’s been 4 years since the dojo was opened. The events and venues Orlando Taiko Dojo participated in are growing yearly. The dojo has been performing at Dragon Boat Festivals, Music Festivals, Asian Cultural Festivals, and even marathons. And the most recent stage was the Asian Cultural Festival at Fashion Square on May 30th. Now, the dojo is practicing for our next huge event in November, the Orlando Japan Festival.