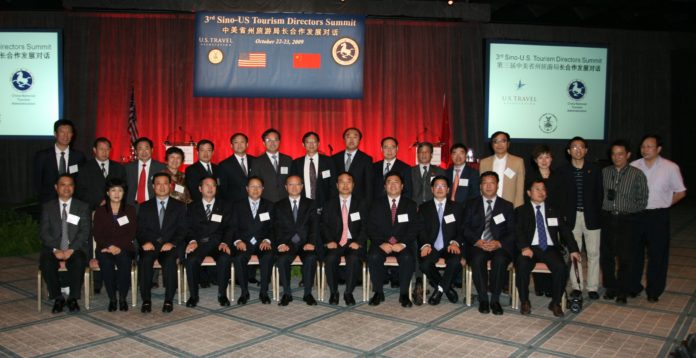 From October 22 to 23, Shao Qiwei, Chairman of China National Tourism Administration headed a delegation to participate in the 3rd Annual China-US Tourism Directors Summit held in Orlando, Florida. The delegates from the tourism administrations of China’s provinces, autonomous regions and municipalities along with the tourism official bodies of states and municipalities of US attended the meeting. 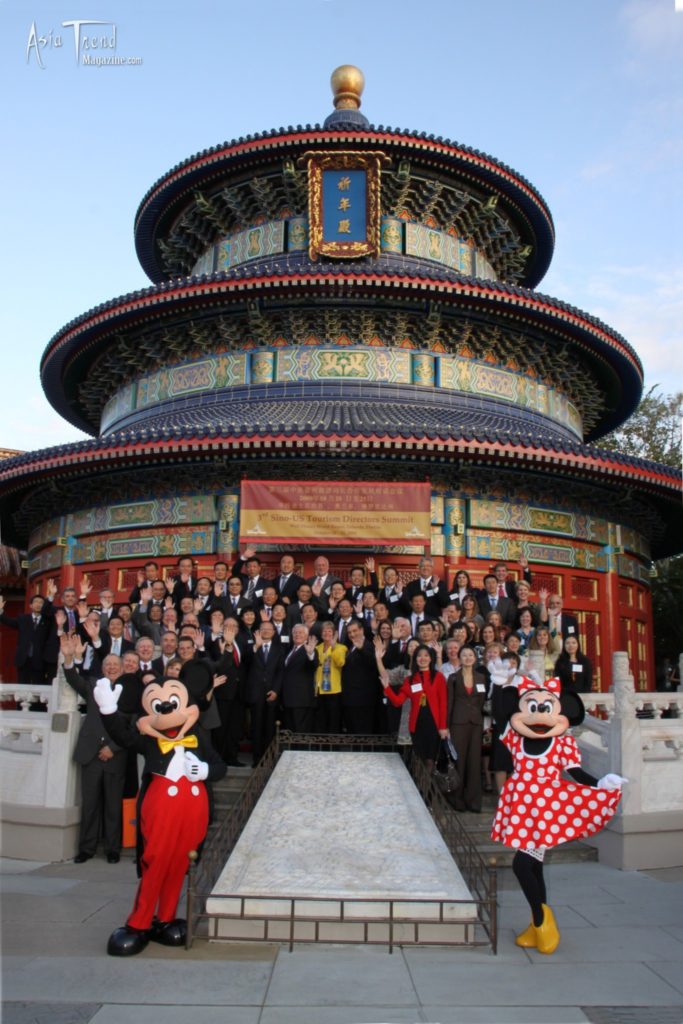 On October 23, Shao Qiwei, President of China Tourism Association and Roger Dow, President of the US Travel Association signed China-US Strategic Cooperation Protocol on Tourism on behalf of both sides and after the signing ceremony, they co-held a news conference. In the Protocol, both sides reached consensus in the following fi ve key aspects: making efforts to enhance the status of the tourism, strengthening the interaction mechanism for promotion of Sino-US tourism, further promoting friendly provinces-states twinning mechanism in China-US tourism, establishing Sino-US
tourism emergency response cooperation mechanism and facilitating the
procedures for China-US tourism exchanges.

During the meeting, Shao Qiwei also met with Roger Dow, President and CEO of the US Travel Association, Orlando Mayor Richard Crotty, Jay Rasulo, Global Chairman of Disneyland and Resorts and other delegates from the U.S. tourism industry, political and business circles respectively. Shao Qiwei and Roger Dow discussed how to further use the dialogue mechanism to promote the cooperation and development of Sino-US tourism; exchanged views with Mayor Richard Crotty on how to promote the development of urban tourism and carried out in-depth communication on the development of large-scale theme park.