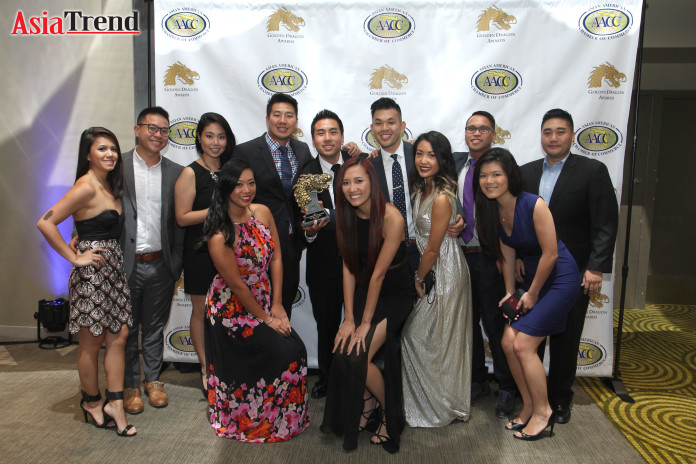 The Asian American Chamber of Commerce held its Sixth Annual Golden Dragon Awards on October 3rd, 2015. This event, hosted every fall at Walt Disney’s Contemporary Resort, honors individuals and businesses for their achievements and success in various categories while promoting diversity in Central Florida. As custom, the night held quite a few different events leading up to the award ceremony.

Starting off the evening was the cocktail reception where guests got a chance to connect, catch-up and network. There were also greeted by Mickie and Minnie dressed in Chinese attire, showing Disney’s support of the annual affair. After some time, the Silent Auction began. The items included were Universal Orlando passes, Orlando Magics souvenirs, Disney gift basket, Mini iPad, sake set, assorted Japanese items, purse, boxing gloves with classes, wine basket, pearl necklace, fitness monitor, authentic women’s saree, as well as other goods that were up for bidding. It was a nice transition to keep the evening lively. After the Silent Auction, we moved on to the next scheduled event – the cultural shows. To begin, the guests were lead to the Banquet Hall by a lion dance performed by Orlando’s Young Lions. This was great way to start the dining and show section of the night, where the attendees got a chance to eat while enjoying cultural performances from around the world. Many of the performers were young adults also, showing the diversity of Central Florida’s youth and their willingness to embrace their cultural heritage.

Following the Lion dance was an Indian dance performance by the Laksha Dance, after which came Filipino traditional dances by the Filipino Student Association of UCF Dance Troupe. The last performance was Japanese Taiko by the well-known Orlando Taiko Dojo.

Finally, after all of this excitement came the award ceremony. Congratulations to all the winners of the 2015 Golden Dragon Awards celebrated at Disney’s Contemporary Resort! The Asian American Chamber of Commerce applauds all the honorees for their commitment to community and championing business in Central Florida –

For more on this year’s honorees, go to: https://goldendragonawards.wordpress.com/