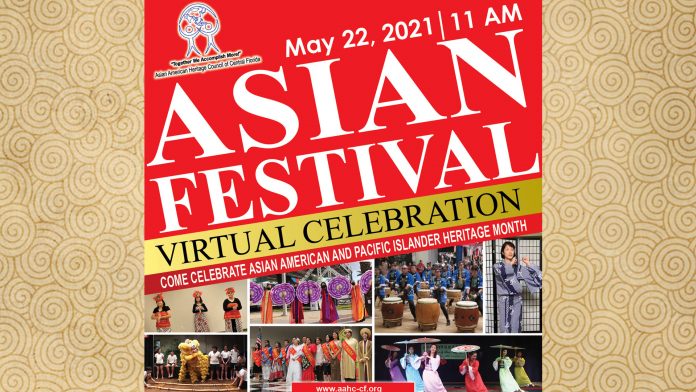 May is Asian-Pacific American Heritage Month – a celebration of Asians and Pacific Islanders in the United States. The virtual festival hosted by the Asian American Heritage Council of Central Florida (AAHC), the festival showcased the diverse Asian community within the Central Florida area. The countries that were represented were China, Indonesia, Japan, Philippines, Taiwan, and Vietnam.

Like most commemorative months, Asian-Pacific Heritage Month originated in a congressional bill. In June 1977, Reps. Frank Horton of New York and Norman Y. Mineta of California introduced a House resolution that called upon the president to proclaim the first ten days of May as Asian-Pacific Heritage Week. The following month, senators Daniel Inouye and Spark Matsunaga introduced a similar bill in the Senate. Both were passed. On October 5, 1978, President Jimmy Carter signed a Joint Resolution designating the annual celebration. Twelve years later, President George H.W. Bush signed an extension making the week-long celebration into a month-long celebration. In 1992, the official designation of May as Asian-Pacific American Heritage Month was signed into law.

The month of May was chosen to commemorate the immigration of the first Japanese to the United States on May 7, 1843, and to mark the anniversary of the completion of the transcontinental railroad on May 10, 1869. The majority of the workers who laid the tracks were Chinese immigrants.

Asian American Heritage Council of Central Florida (AAHC), is a nonprofit 501(C)3 organization in existence since 1980 with a mission to preserve the culture and heritage of Asians, to advance their civic, educational and social interests, and promote their cultural diversity. As part of that mission, AAHC holds an annual event to recognize and honor Asian American students for their academic excellence.