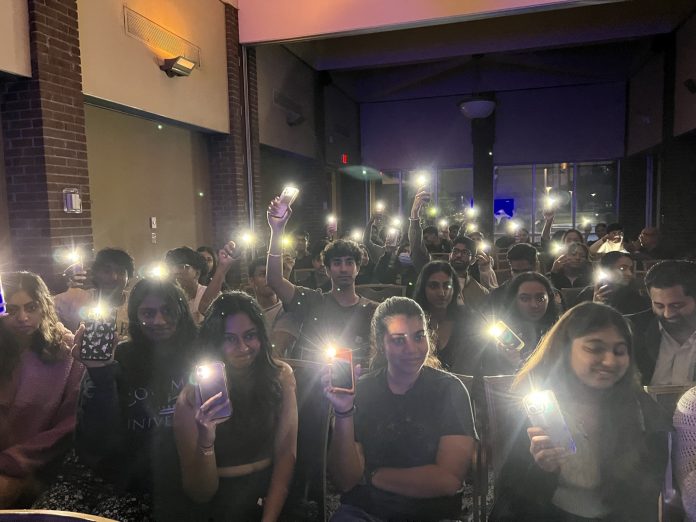 On October 12th, Asian American Pacific Islanders Coming Together – ACT was invited to speak at UCF by the Indian Student Association. The topic was “Importance of Voting” among the 18-24 year generation.

Our message at the event was singularly focused. Asian Americans are about 6% of the national population … and yet our government representation is 0.9%. Why this disconnect? The answer is straightforward. Historically, Asian Americans have been the least likely to vote of any group in America.

For example, in the 2018 midterm elections, of the 45,301 Asian American registered voters in Orange County only 9.6% or 4,360 voted. Said differently, 40,941 registered Asian American Voters did not vote. They chose not to vote.

A common “excuse” not to vote is our “my vote does not count” mentality. That is a myth. We shared with the assembly that one of the candidates in the recently held primary election won the nomination my fifty five votes. Had this candidate received five fewer votes it would have been a run off. Five votes made a difference. Yes each and every vote counts.

Another “excuse” for not voting is, folks saying “I don’t have the time to research the candidates or go down to vote”. This is also a myth. We shared with the students a simple fact. On average, Americans spend two hours and twenty-seven minutes, on social media daily. That is about twenty hours a week on social media. They all agreed that they can, indeed, carve out some time from the available hours to participate in our democracy.

For the Nov. 8 election, “experts” are predicting an Asian American voter turnout of 30% or less in Orange County. This means 70 out of the 100 eligible Asian American voters will stay home. How can we then expect to elect a representative government that cares about our issues when 70% of us stay home? The issues in front of this demographics are important issues such as Immigration, hate crimes, housing, education affordability, climate change, reproductive rights to name a few.

We need elected officials whose views are aligned to ours so that our issues are addressed. For that to happen we need to go out and vote for the candidates who are aligned with our thinking.

We concluded the discussion by saying it’s “mirror time.” It’s time to look in the mirror. We all will see the “root cause” staring right back at us for this dysfunction. It’s the collective us to blame. It’s our lack of interest. It’s our complacency. It’s our apathy. As long as we stay away from voting, our voice will always remain a whisper. It’s time to get involved but most importantly, it’s time to go out and vote.

Let me conclude by sharing this feedback we received from the President of ISA, Ms. Sanya Bansal. “ The Coffee Talk with ACT was well-received! I appreciate you coming out to talk to our members, I really believe this is an amazing cause and that we all need to work together to achieve this goal. Again, we appreciate you and your team’s efforts at the event last week.”

And this says it all!!

The Japanese festival BonFest returns to Pensacola in 2022