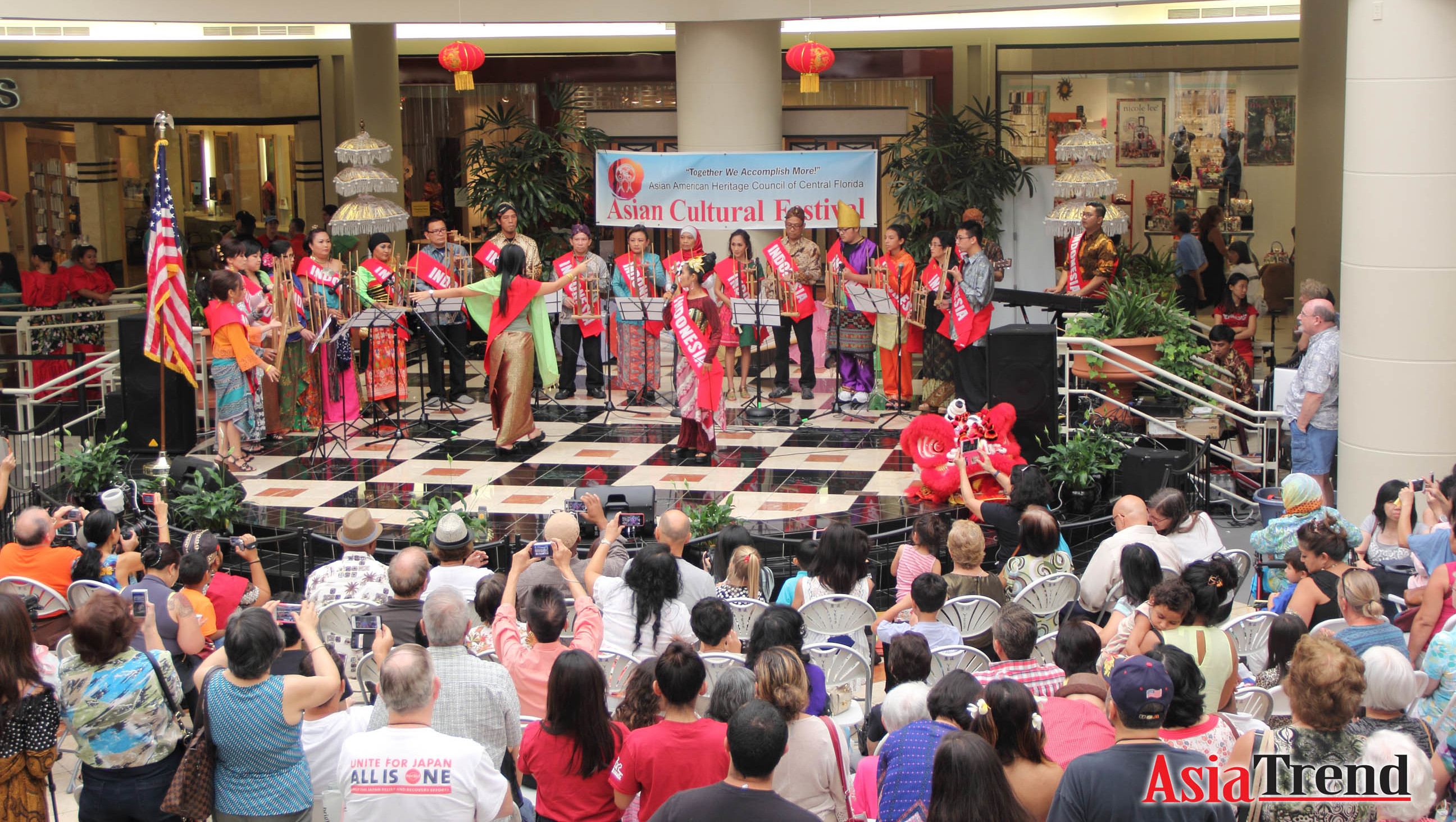 To end Asian Heritage Month, the Asian community of Orlando celebrated the 4th annual Asian Cultural Festival at the Orlando Fashion Square Mall on Saturday, May 30.

Hosted by the Asian American Heritage Council of Central Florida, the festival showcased the diverse Asian community within the Orlando and central Florida area. The countries that were represented were China, India, Indonesia, Japan, the Philippines, Taiwan, Thailand and Vietnam.

The festival included live performances put on by the many Asian American organizations of central Florida. Organizations such as the Filipino Student Association of UCF, the Chinese American Association and Orlando Taiko Dojo displayed their respective countries through live music and dances.

While the admission was free, the festival raised funds for a scholarship that recognizes minority students of Asian descent for their excellence in academia, community service and preservation of culture and language. The $1,000 scholarship fund was presented to the AAHC by SunTrust Bank.

Other notable attendees included District Commissioner Robert Stuart, who opened with a celebratory words of the Asian community, stating that Asians make up 7% of the city of Orlando. He then declared the day as Asian Culture Festival Day of Orlando.