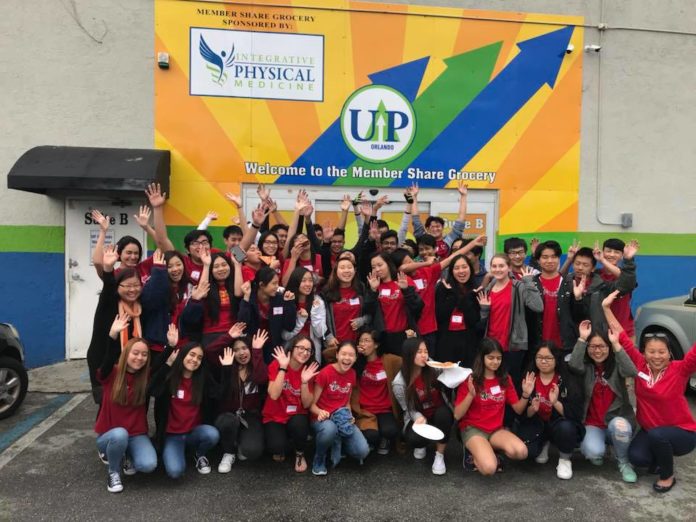 When beginning to collect toys at University High School’s Asian Student Association, a lot of the members were pleased to hear about how we’re starting to donate to United Against Poverty. We had first announced this through a club meeting and their positive reactions were apparent. Later when the meeting was adjourned, I was talking to a few of the freshmen members, and I found out that it made them more motivated and excited to donate for R.E.A.C.H. of Central Florida (www.reachcf.org) and United Against Poverty (UAP) (www.uporlando.org). Personally, it also made me feel a sense of content and satisfaction when I donated my toys as well. On the chilly day of the Christmas Mall event, all of the volunteers were incredibly eager to work. I could see that they were incredibly curious as to what UAP does in their center, and as the day continued on, they found their department that they could work in, whether it be performing in the Christmas Mall, restocking the grocery store, or painting over the mural by the train tracks. During my day volunteering, I moved through multiple jobs in the area, giving me a good taste of what UAP does in a daily basis. Initially, I was writing addresses onto envelopes that would be sent to supporters of the organization, and then I began to organize the store and help restock the shelves of the grocery store. Most notably, painting the mural was the highlight of my day. Even though I got paint on my shoes and pants, I loved making jokes with my friends and watching the trains pass by. In regards to the entire day, I was glad to have volunteered the entire day. Seeing the grateful faces of other shoppers and general people made me incredibly happy and I would love to volunteer for UAP again – Jackie Deo, VP Community Service of REACH of Central Florida, IB Senior at University High School.