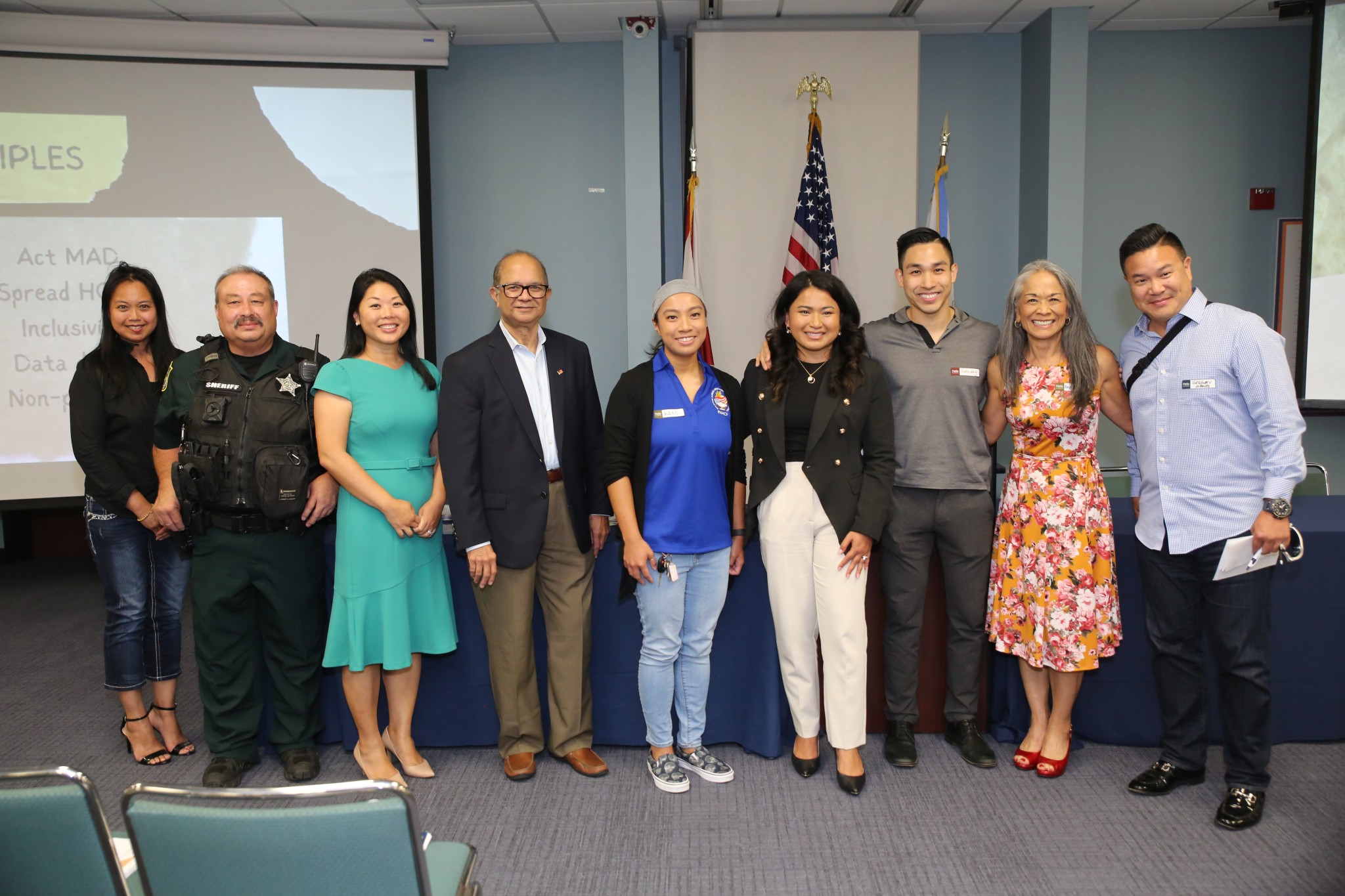 It was Monday, June 27. It was not an ordinary day. It was a Monday when Asian American Pacific Islanders Coming Together (ACT) held its first ever Town Hall meeting. That Monday, about 70 people gathered, curious about what was in store for them? What was the purpose? Indeed, what was the big Goal?

When it all ended, a nine-year-old young lady, asked the most relevant question. After listening to the leaders and listening to the audience, this nine-year old understood why we were at the Town Hall after all. Her question….”When is it my time to VOTE?….. and added “I am ready.”……. She had delivered the message.

This is the story about that Monday in June when the journey began.

In her opening remarks, ACT Co-Founder, Onchantho Am said “Now more than ever our country is facing critical issues ranging from rising gas prices, abortion rights, hate crimes, gun control, immigration and more.  It is important for the AAPI community to come together to have our voices heard. This is one step forward to participating in our democracy and a huge step toward empowering our community.”

“ I became more engaged when I heard the troubling statistic that AAPI community was the fastest growing demographics and yet has one of the lowest voter turnout rates.” Onchantho added

Co-founder, Kam Shenai, started with numbers. AAPI population of 25 million is 7% of nation’s overall population and yet AAPI govt penetration is 0.9%. “We are 7% of the population and our representation is 0.9%…..It’s not acceptable” Shenai said. “AAPI voice is a WHISPER, and we need to go from a whisper to a ROAR to change this narrative” he continued

When 344 individuals responded to our survey, the top five issues were Safety, Public Education, Environment, Health Care costs and of course Inflation.

There was one statistic from the survey showed how involved AAPI community wants to be. 50% who responded were willing to volunteer. “We talked about going from a whisper to a roar; and with this kind of enthusiasm this sound will be deafening!!”… All agreed.

Bill Cowles, Orange County Supervisor of Elections gave audience a Voting 101 explanation. He explained there are three ways of voting: By-mail, early & at the polls. He encouraged us visit www.ocfelections.gov to update your record and www.orangecountyvotes.com for a vote by mail ballot.

We started this story with a quote from a 9-year-old. Let us conclude it with how a fifteen-year-old in the audience summarized the open discussion “I think it’s really a matter of unification and coming all together to really make our voice heard. I think we will transform our whisper into a roar by getting more young Asian Americans, the next generation, involved within politics and within voting.”

In ACT language MAD means Making A Difference. Our rallying cry on that Monday as we left was….”Let’s ACT MAD and take our voice from a Whisker to a Roar” Lets VOTE!