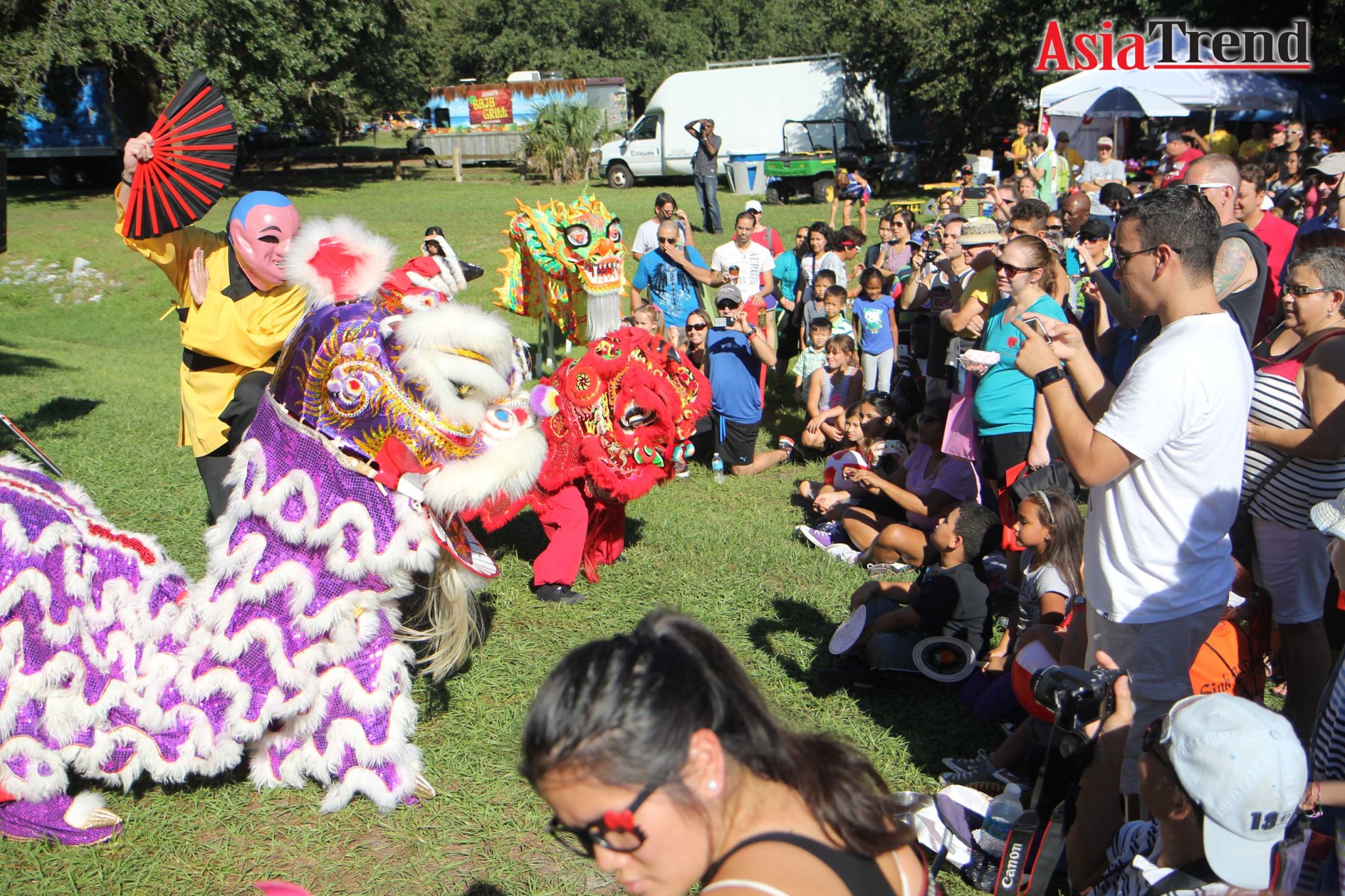 Previously held at Downtown Disney, both events boasted an array of attendees from all across Florida as well as areas around the world. Performers and dragon boat teams traveled from many places such as Canada and Thailand.

In the Dragon Boat Festival, many teams competed throughout the day. For REACH Dragon Boat team co-captain, William Tang, racing in a new area did not faze the team’s performance.

“To be honest, the lake itself did not matter too much, it’s whether or not the weather is good,” said Tang, a 17-year-old senior at Winter Park High School.

REACH won first place in the Division C Consolation Final. For the 5th Annual Asian Cultural Expo, performers showcased a plethora of different cultures through outlets such as dance, music, martial arts and even cheer performances.

Amazing Thailand, a cheerleading team from Bangkok University in Thailand, performed their award-winning routine during the Expo. The team’s sponsor, Wirat Cortez, was most excited for audience members to witness their performance.

“The team did a beautiful job,” said Cortez. “People can enjoy this without having to fly all the way to Thailand!” she joked.

Many of the performers from the previous years came to display their cultural performances at the new venue. Orlando Taiko Dojo, who has performed at every Expo, returned with traditional Japanese taiko drumming as well as original songs.

“It’s the first time we’ve been at this park. It’s a lot bigger,” said taiko instructor Jason Seymour. “The whole atmosphere is really positive. I love it!”

Watch the event’s videos at https://www.youtube.com/playlist?list=PLdu7ZdkJFW7Hq9loRvqtg_IgHZ8mlmp9i

The Expo was an exciting event for Dance Troupe of the Filipino Student Association at the University of Central Florida.

The location was not the only new thing about the Asian Cultural Expo. Asia Trend presented its first annual Asian Trendition, a dance competition that allowed participants to mix their cultural dances with a unique style.

The winners were decided through fan participation. After each group performed, the audience texted in their votes for their favorite performers. The team with the most votes won the prize of $200,000.

While there were many teams and performers at the event, the amount of spectators roamed throughout the park. One bystander, Guisela Irriarra, came to support her husband in the dragon boat races, but also enjoyed the performances put on during the Expo. “Everyone was so enthusiastic,” said Irriarra. “With the way everything was put together, I can tell there was a lot of work put behind it.”