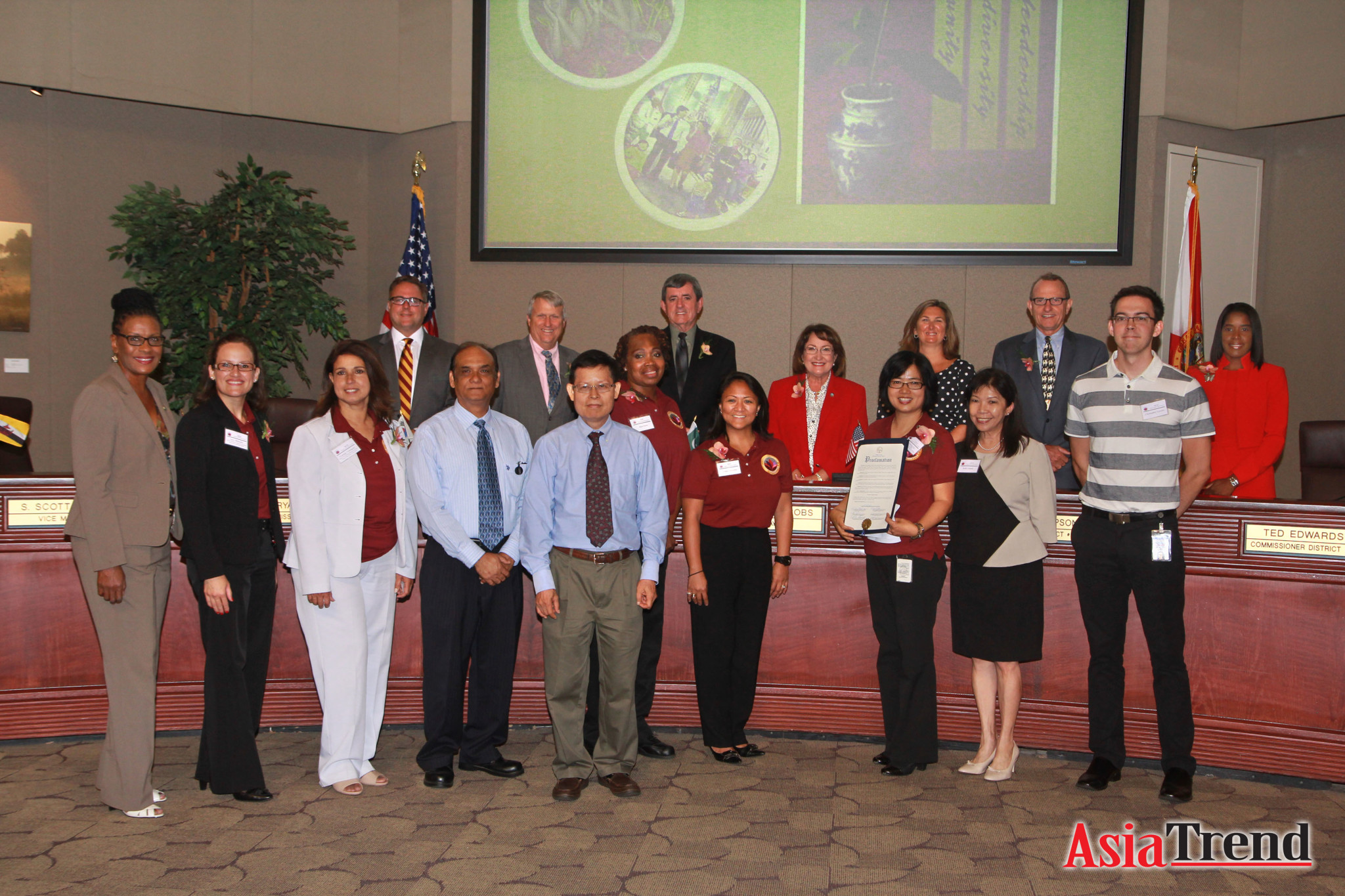 Mayor Teresa Jacobs and Orange County’s Board of County Commissioners (BCC) marked Asian Pacific Heritage Month in May by attending a festive cultural celebration held on the lawn of the County’s Administration Center organized by employees and community partners.

The event, now in its third year, was coordinated by the Orange County Asian Committee (OCAC), an employee-based volunteer organization formed in 2012 with the goal of promoting and preserving the heritage and culture of Asian Americans, forming partnerships throughout the community, and building relationships with local and international governments.

“Throughout the history of our nation, and right here in Central Florida, Asian Americans have helped shape our character, bringing vibrant cultural practices to our neighborhoods and communities,” Mayor Jacobs said. “As one of the most culturally inclusive communities in the United States, Orange County is committed to promoting and preserving this heritage.”

“Many Cultures, One Voice: Promote Equality and Inclusion,” is the theme for the 2015 Asian Pacific Heritage Month.

“Though we all descend from different backgrounds, it is important to embrace the growing diversity of our society,” said Hefang Lin, Ph.D., president of OCAC and statistician for Orange County Corrections. “Prosperous communities are built upon the principles of understanding and equality among each and every citizen. Through appreciation, open-mindedness and unity, we can strengthen our bonds as a community and continue to share the traditions of our cultures over the coming years.”

The Distinguished Asian Award was presented to Capt. USN (Ret.) Steve “Snak” Nakagawa, executive director of the STEM Alliance of Central Florida and director of workforce programs for the Florida High Tech Corridor Council. The Outstanding Community Service Award winner was Shally Wong, publisher of Asia Trend Magazine and executive director of Asia Trend/YESS Center. Additionally, the winners of the student art contest were announced. The art was displayed in the Administration Center lobby.

In 1978, President Jimmy Carter signed a Joint Congressional Resolution establishing the first week in May as Asian Pacific American Heritage Week. In 1992, the week was expanded to a month long celebration by President George H. W. Bush.