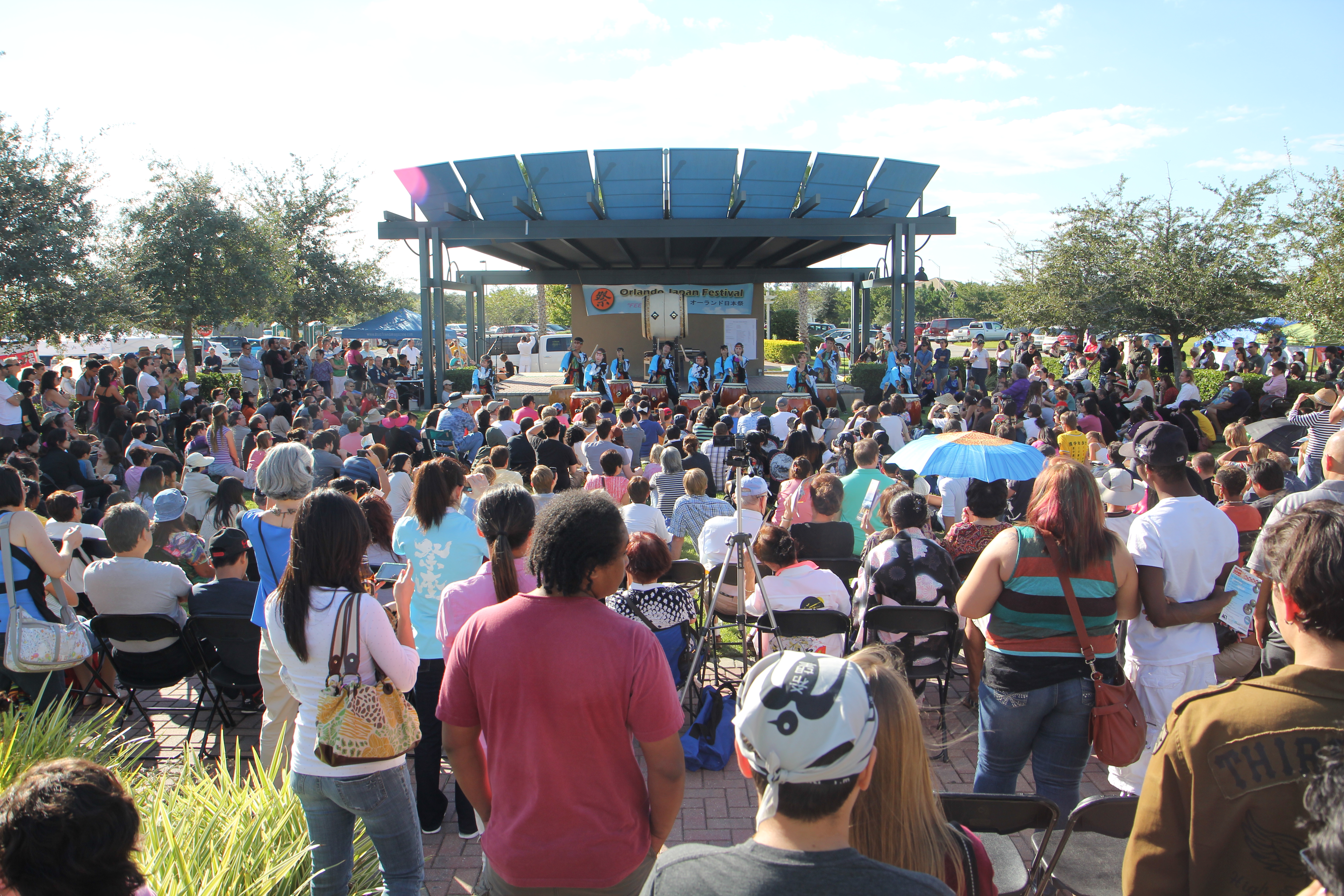 Orlando Japan Festival, organized by the Japan Association of Orlando (JAO) is one of the largest festivals featuring Japan in Florida. More than 3,000 participants experienced Japanese culture, performing arts, music and cuisines at The Village at Hunter’s Creek on November 3rd. Festival was kicked off at noon by Consul General Shinji Nagashima from Consul-General of Japan in Miami. It is followed by well anticipated “One Hundred Taiko Drummers” by Orlando Taiko Dojo and Montessori School of Celebration. At the same time, Basaar by Mitsukoshi offering unbelievable discounted items was open for the year end shoppers. Non-stop crowd filled up the audience section all day long. Many local Japanese restaurants offered their best dishes to support the Japan Festival. This festival would not be possible without the help of the volunteers, staff members, performers, and all the attendees.

JAO and its members are committed to conduct an Annual Orlando Japan Festival to vitalize Japanese art, music, culture, and education through festivals in the Orlando community. The proceeds from the Festival will not only help Earthquake/Tsunami victims, but also support local organizations and individuals in their endeavors to further the excellence of Japanese visual and performing arts, culture and education. This year, JAO is able to donate partial proceeds to CFAO to support the victims of Typhoon Haiyan. Please visit www.jorlando.org for further information regarding JAO and Orlando Japan Festival.