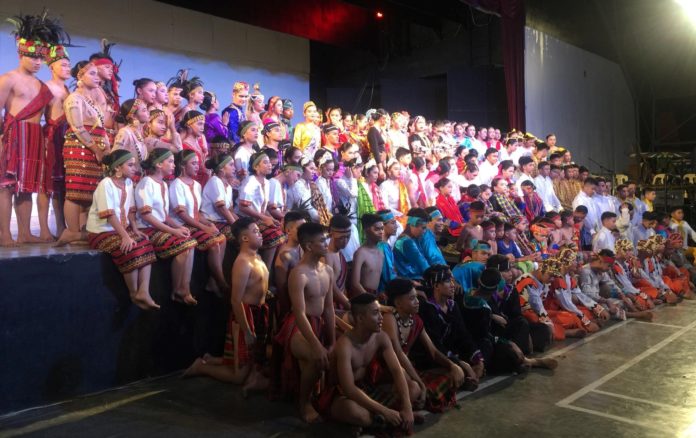 Bauan, Batangas – PHILIPPINES – Upon my arrival in Manila last December 7th, I received an invitation from a friend Cecile Cordero-Diaz who, like me, was a former member of the Bayanihan, the Philippine National Dance Company. The invitation was for me to be one of the judges for her upcoming Philippine folkdance competition of “The Elementary, Grades 7, 8, 9, and 10 and the Senior High School Dance Festival 2017” from the Bauan Colleges, Inc. which I gladly accepted. Cecile is also the current choreographer and director of the “Sining Kumintang ng Batangas” a Philippine folkdance company that also hails from the same school, the Bauan Colleges, Inc.

The Bauan Colleges, Inc. is a privately owned partly by Cecile’s parents Engineer Vicente P. Cordero and Mrs. Agnes Cordero. The other owners are from the Orosa family headed by Mr. Apolinario Orosa. I found out from Cecile that the two families are passionate in preserving the Philippine culture for generations to come, that they financed the founding of the “Sining Kumintang ng Batangas” dance company many years ago, now one of the best Philippine folkdance groups in the country. The company consist of high school and college students from the Bauan Colleges, Inc.. 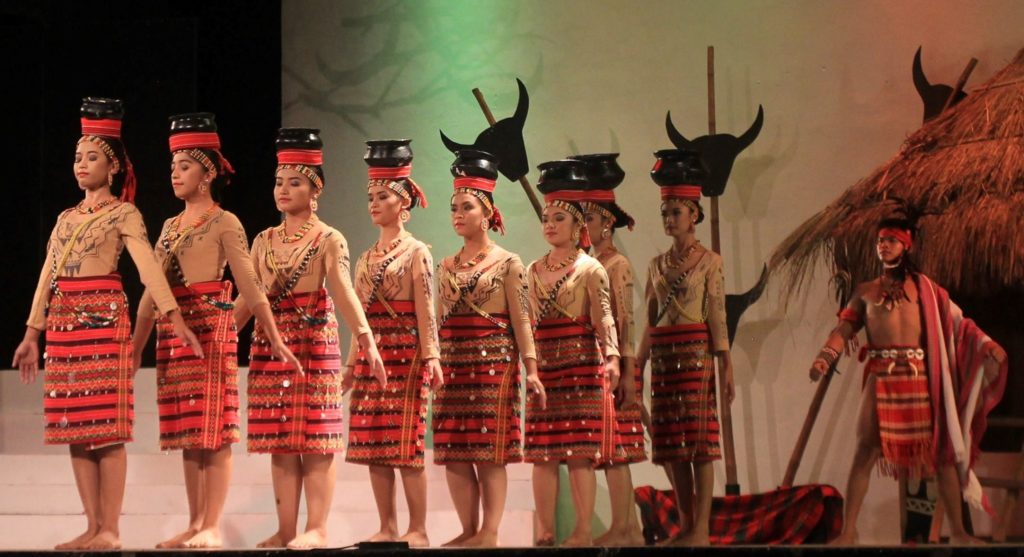 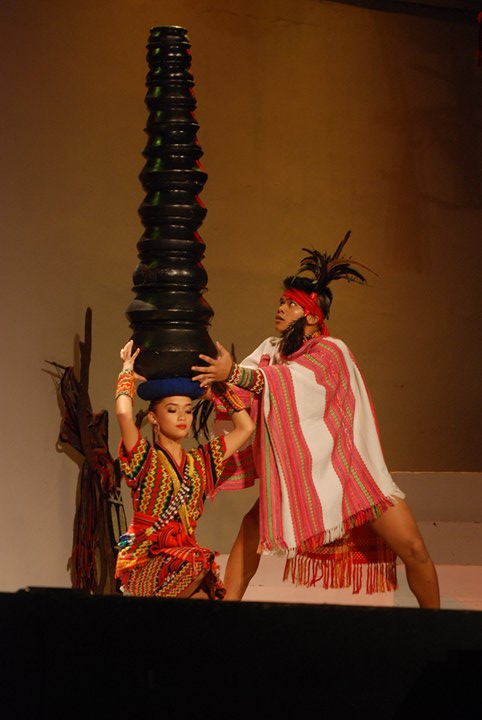 Cecile explained to me that this annual folkdance competition was established by her to keep todays youth interested in our Philippine culture and as an outreach program to select possible future members of the Sining Kumintang ng Batangas dance group. I believe that college scholarships are also offered by the school owners to entice the students specially in high school to join the competition. “The competition serves as an audition to become new members to the Sining Kumintang ng Batangas dance group,” says Cecile.

The folkdance competition took place at the school stadium last Saturday, December 9th in Bauan presented by the Bauan Colleges, Inc. in cooperation with the Sining Kumintang ng Batangas. Judging with me were other former colleagues of mine from the Bayanihan and some TV personalities. We were brief by Cecile and the organizers that there will be several groups competing, with each group presenting dances from a certain region or era in the Philippines. We were to judge and give points to the best in choreography, projection, execution, and overall presentation. All costumes and props were provided by the Sining Kumintang dance company. Technical lighting and stage backdrops were also done by the students themselves. Each group competing was coached and choreographed by a member of the Sining Kumintang ng Batangas dance group. 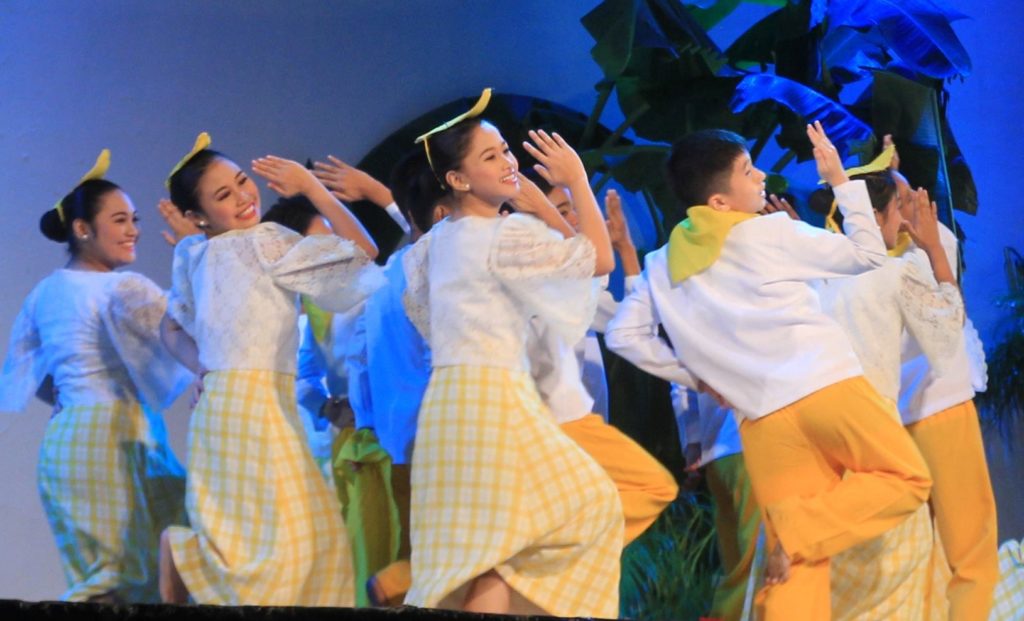 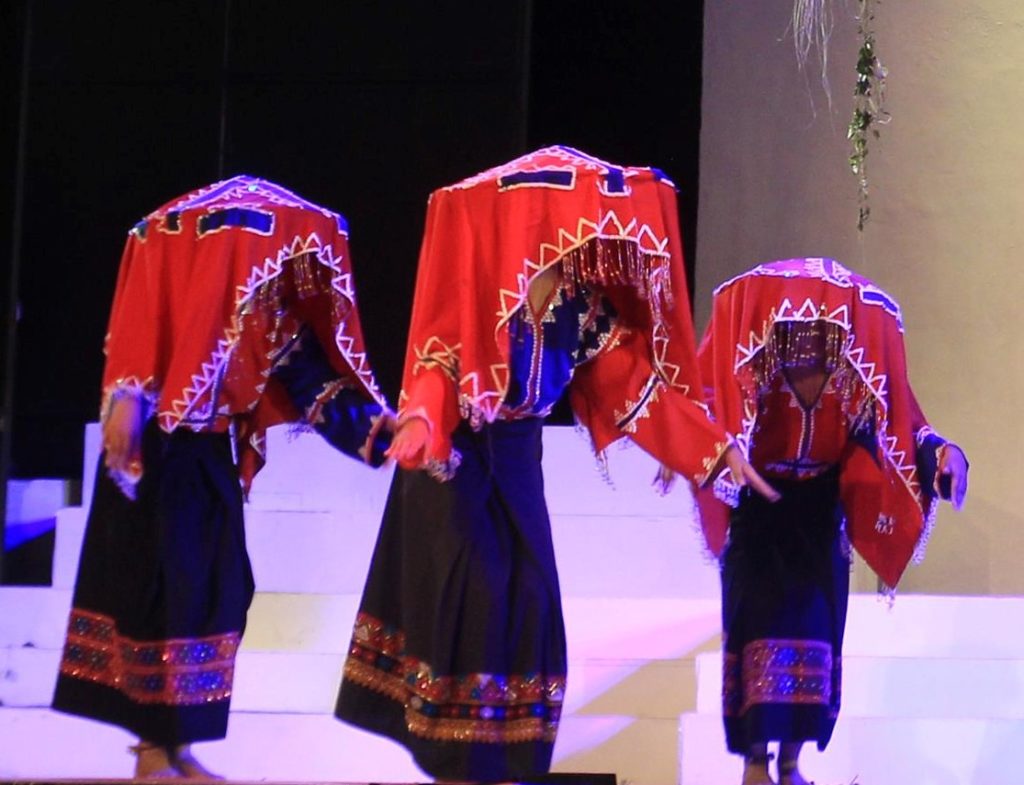 After deliberating, it was now time to announce the winners which I was asked to do. First place went to the students of Grade 10 who presented Dances from the Highlands who captivated all the audience as well as all the judges, with the choreography, deliverance, and skill of one girl who balance several clay pots on her head while running all over the stage with her partners which made quite a few screams not only from the audience but also us, the judges. 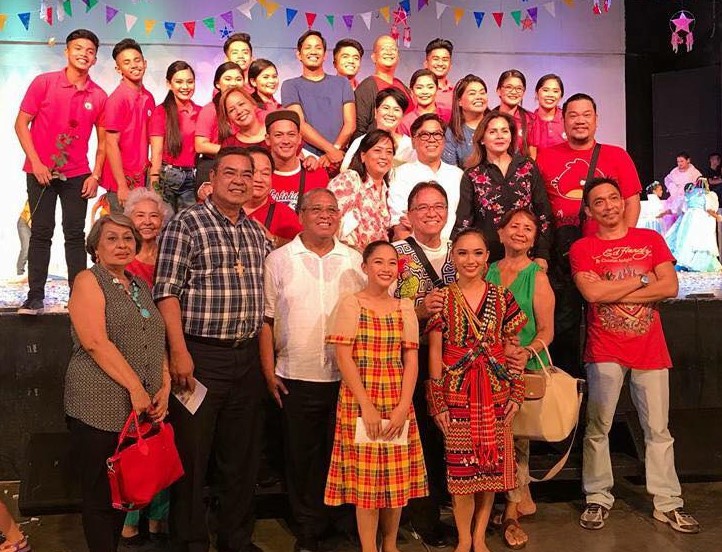 After watching the show, Cecile and the owners of the Sining Kumintang ng Batangas will surely be reassured with many new members next year and the years to come. To me, having my own dance group the Philippine Performing Arts Company based in Tampa, Florida this was an experience that will stay with me forever seeing all these young kids perform so well, not hip-hop but own very own traditional dances. Thank you to Cecile and the Sining Kumintang ng Batangas, the Cordero’s and Orosa’s for continuously supporting the preservation of our Philippine folkdances for years to come. I give KUDOS to you all.