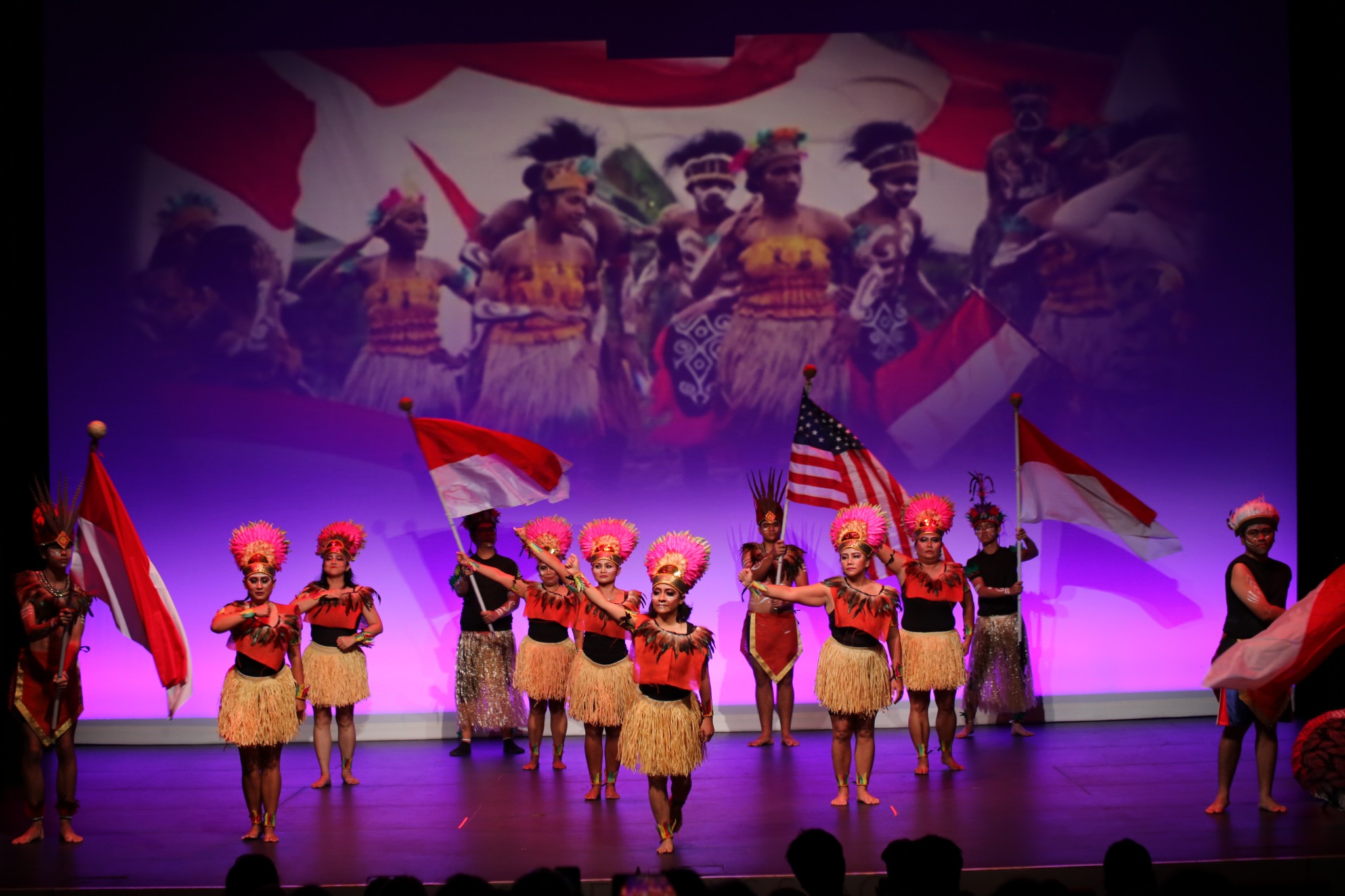 On September 28, Dr. Phillips Center for the Performing Arts held Soul of Papua, an event organized by the Maramowe Foundation and VIDA Florida: Voice of Indonesians in Florida. VIDA Florida is a 501 (c)(3) non-profit organization with a mission to promote Indonesia in Florida through the arts and culture, foods, places and pictures. The beautiful evening offered a rich cultural experience to all who attended. In fact, many audience members that night were important cultural promoters in their own right, such as The Consulate General of Indonesia – Houston.

Papua is Indonesia’s eastern-most province. The classical drama-dance, Soul of Papua, shares a story of Papua’s tribal traditions that span thousands of years. This age-old story is performed by Papua’s very own native islanders. The show also features the rich music of unique and dynamic instruments, along with the stunning ethnic fashion of the indigenous Indonesian people.

Over the past few months, the Papuan performing group worked endlessly to produce a phenomenal showcase. However, VIDA Florida was forced to change its plans when the the Papuan team from Indonesia could not get the visa from USCIS. Desperate to save the show for those in Central Florida who were looking forward to this showcase, local Indonesian performing groups and artists came together to perform an equally great show with music, dance and fashion to showcase the Indonesian’s colorful culture.

This inspiring story shows how Central Floridians work together to help the community.

VIDA Florida: Voice of Indonesians in Florida: VIDA is a nonprofit organization 501 (c) 3 which has a mission to promote Indonesia in Florida through the arts and culture, foods, places and pictures. It’s also the Indonesians American LIFE in Florida.

The Maramowe Foundation, and the Temata Foundation, on behalf of the Kamoro tribe of Papua, extend their sincerest apology for their absence in the performance at the Dr. Phillips Center for the Performing Arts.