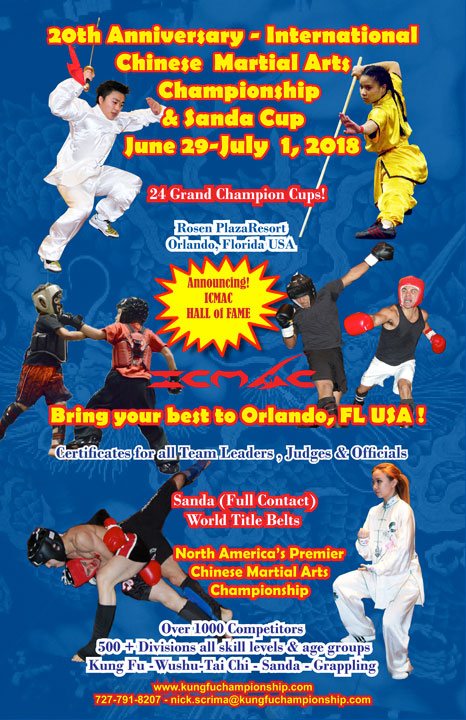 On June 29 through July 1, 2018 we will be celebrating the 20th Anniversary of the International Chinese Martial Arts Championship. The tournament will be held at the Rosen Plaza on International Drive in Orlando.

This is the largest championship for Chinese martial arts in North America and it draws team from all over the US as well as internationally.