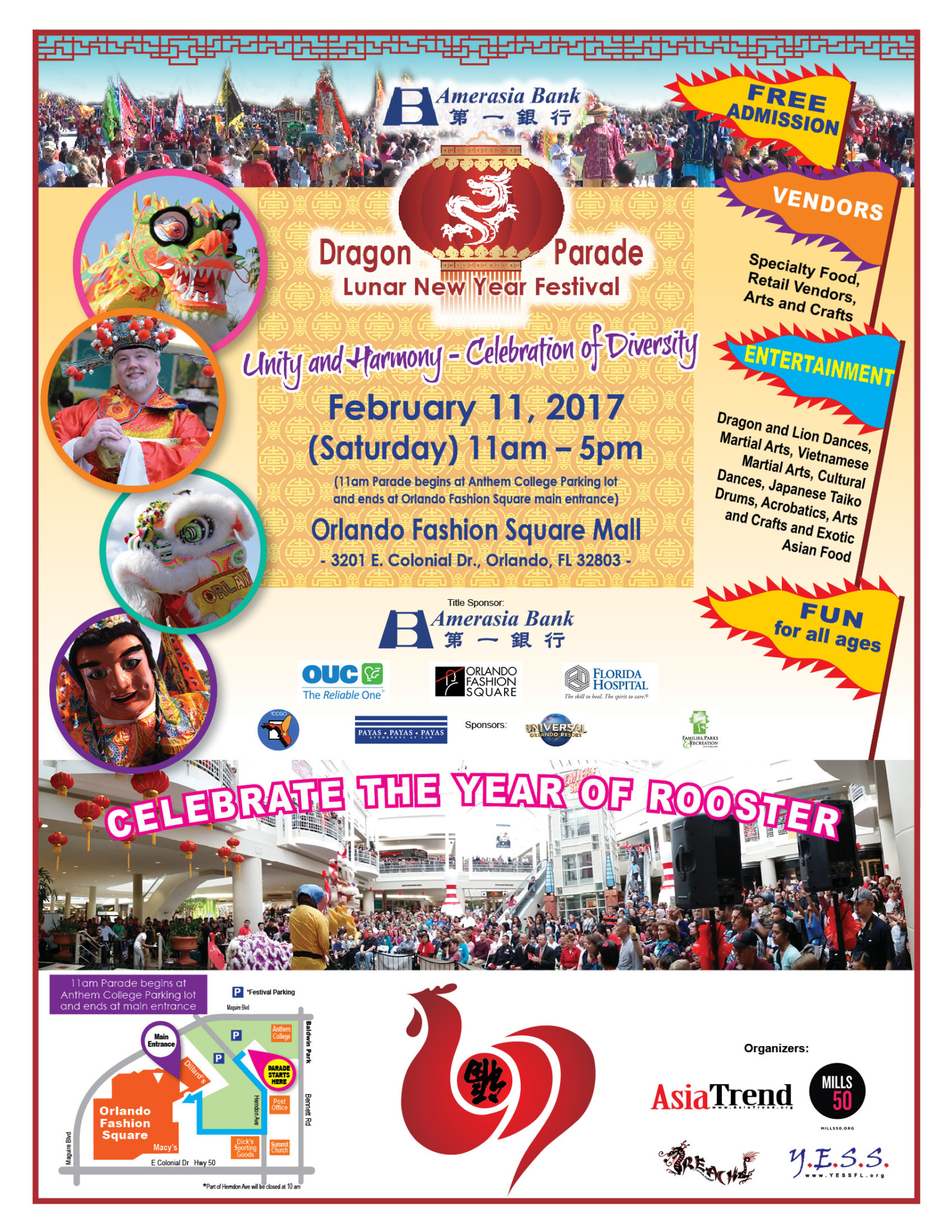 Celebrate the Year of Rooster with Dragon and Lion Dances, Martial Arts, Japanese Taiko,  Cultural Dances, Arts and Crafts and Exotic Asian Food
Free Admission • Fun for all ages
Lunar New Year is the most celebrated holiday in East Asia. Although Chinese New Year is not an official holiday in Western countries, many of the Asian countries & Asian organizations in America hold large celebrations and parades to share its spring festivity. In the past, cities like Sydney, London, New York, Los Angeles, and San Francisco have held many successful Lunar New Year Parades that attract thousands of crowds each year. 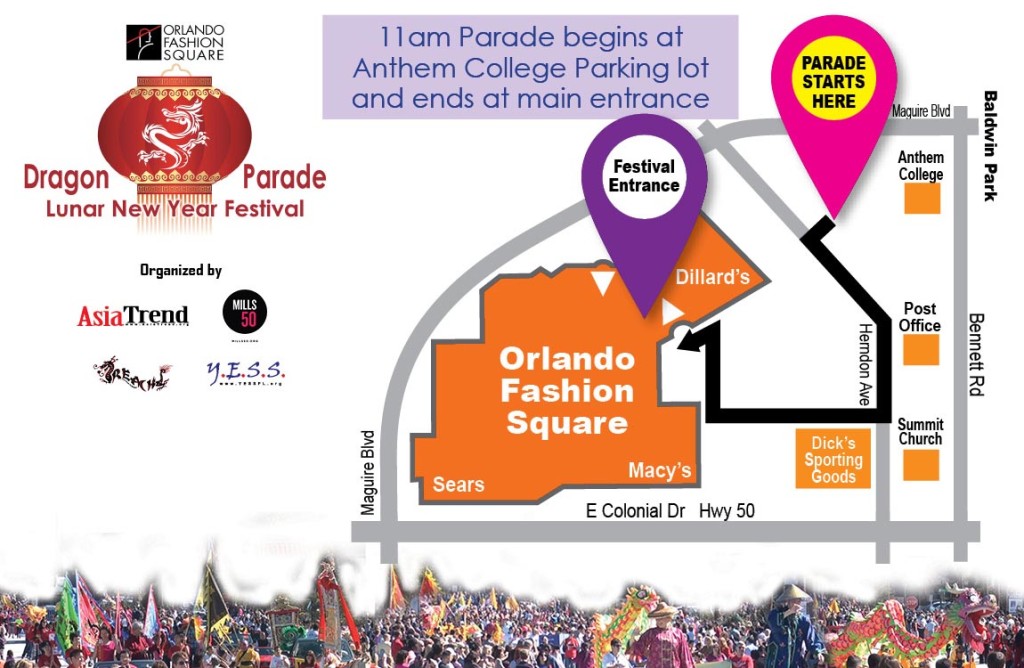 The festival parade starts at the Anthem College Parking lot and will end at Orlando Fashion Square Mall’s front entrance (between Dillard’s & Macy’s). Parade will be followed by another 5-hours of Spring Festivity that will take place at the lobby stage inside of Orlando Fashion Square Mall.  Last year, 7500+ patrons came out and enjoyed cultural performances, Arts and Crafts, as well as, exotic food and other exhibitions. Admission is free.