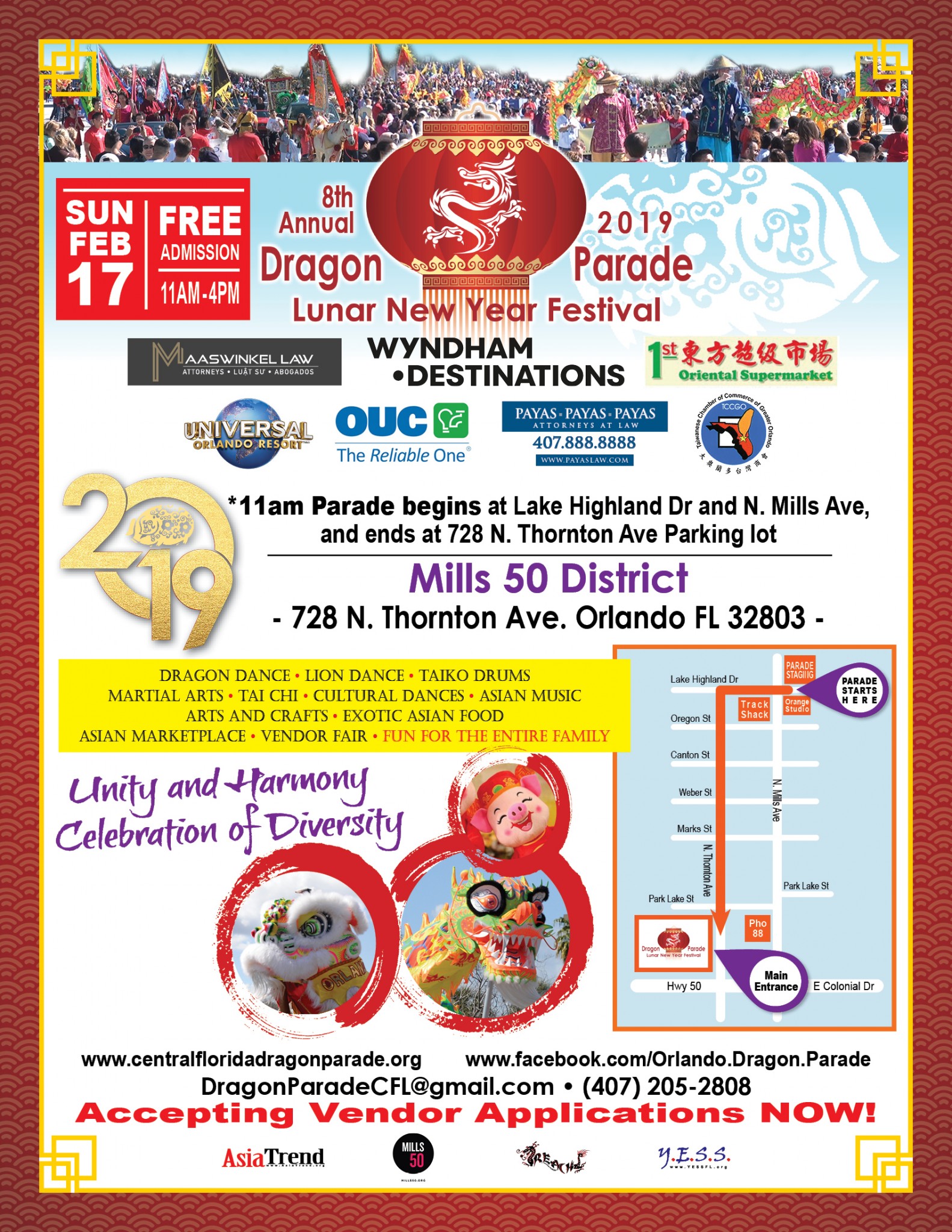 Dragon Parade Lunar New Year Festival in Orlando to celebrate the Year of the Pig on February 17, 2019

The parade will be followed by five hours of the Lunar Festival that will take place at 728 N. Thornton Ave., Orlando, FL 32803.  The Lunar New Year Festival will feature Asian entertainment including Dragon dancing, Lion Dancing, cultural dances, martial arts, taiko drummers, arts and crafts and Asian food.  In 2018, over 8,500 patrons attended the event.
​
We would like to invite you or your organization to be part of this community event by becoming a sponsor, a vendor, or a participant. Join businesses like Amerasia Bank, Florida Hospital, Orlando Utilities Commission (OUC), Payas Payas Payas LLP, Taiwanese Chamber of Commerce Greater Orlando, City of Orlando Families, Parks and Recreation and Universal Orlando and become one of our event sponsors.