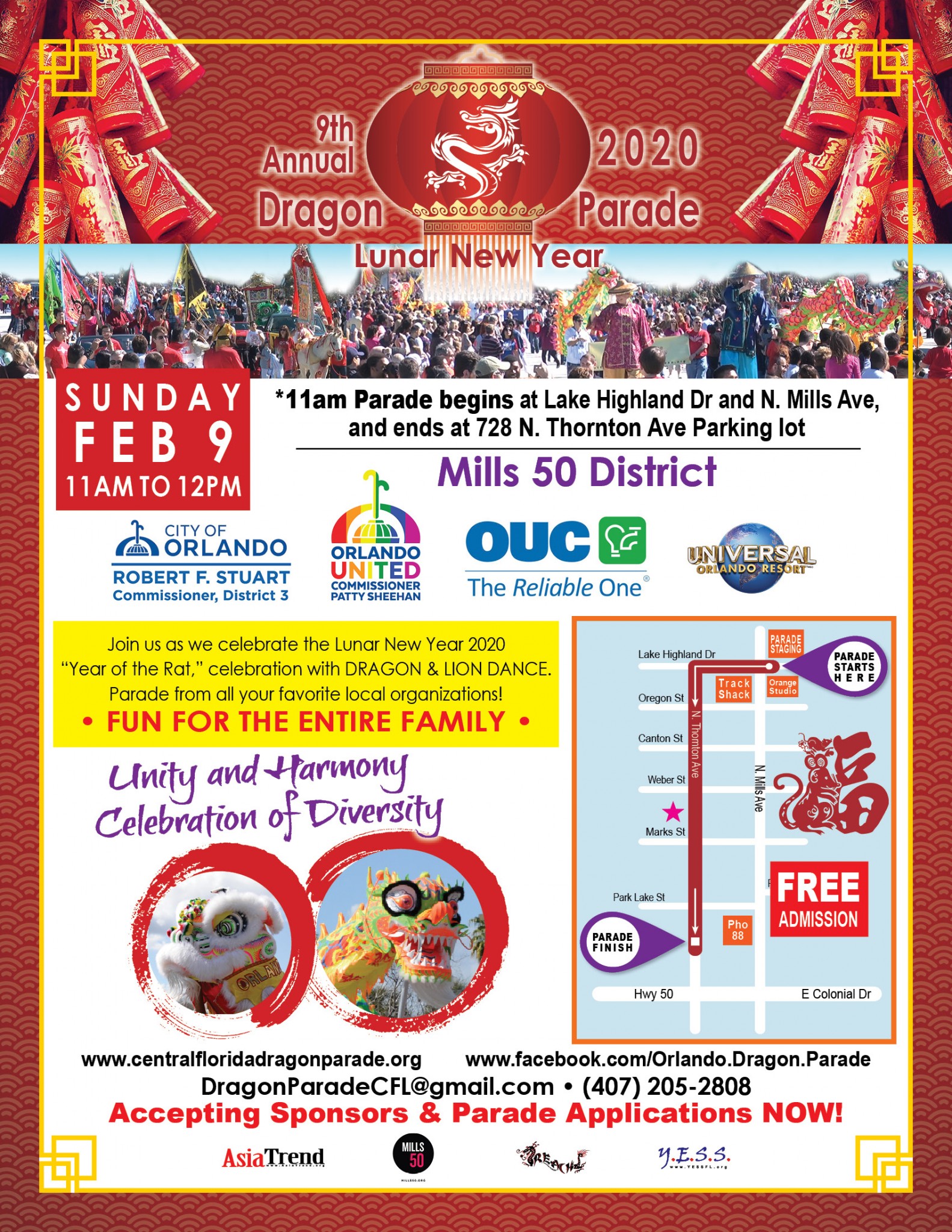 Dragon Parade Lunar New Year Festival in Orlando to celebrate the Year of the Rat on February 9, 2020

The Dragon Parade starts at the corner of N Thornton Ave and Oregon St and will end at N. Thornton Ave and Colonial Drive. The Dragon Parade, which precedes the Festival, is led by the City of Orlando and Orange County officials together with representatives of numerous Asian organizations.  In 2019 over 8,500 patrons attended the event.
​
We would like to invite you or your organization to be part of this community event by becoming a sponsor, or a participant. Join businesses like Orlando Utilities Commission (OUC), Maaswinkel Law P.A., and Universal Orlando Resort and become event sponsors.