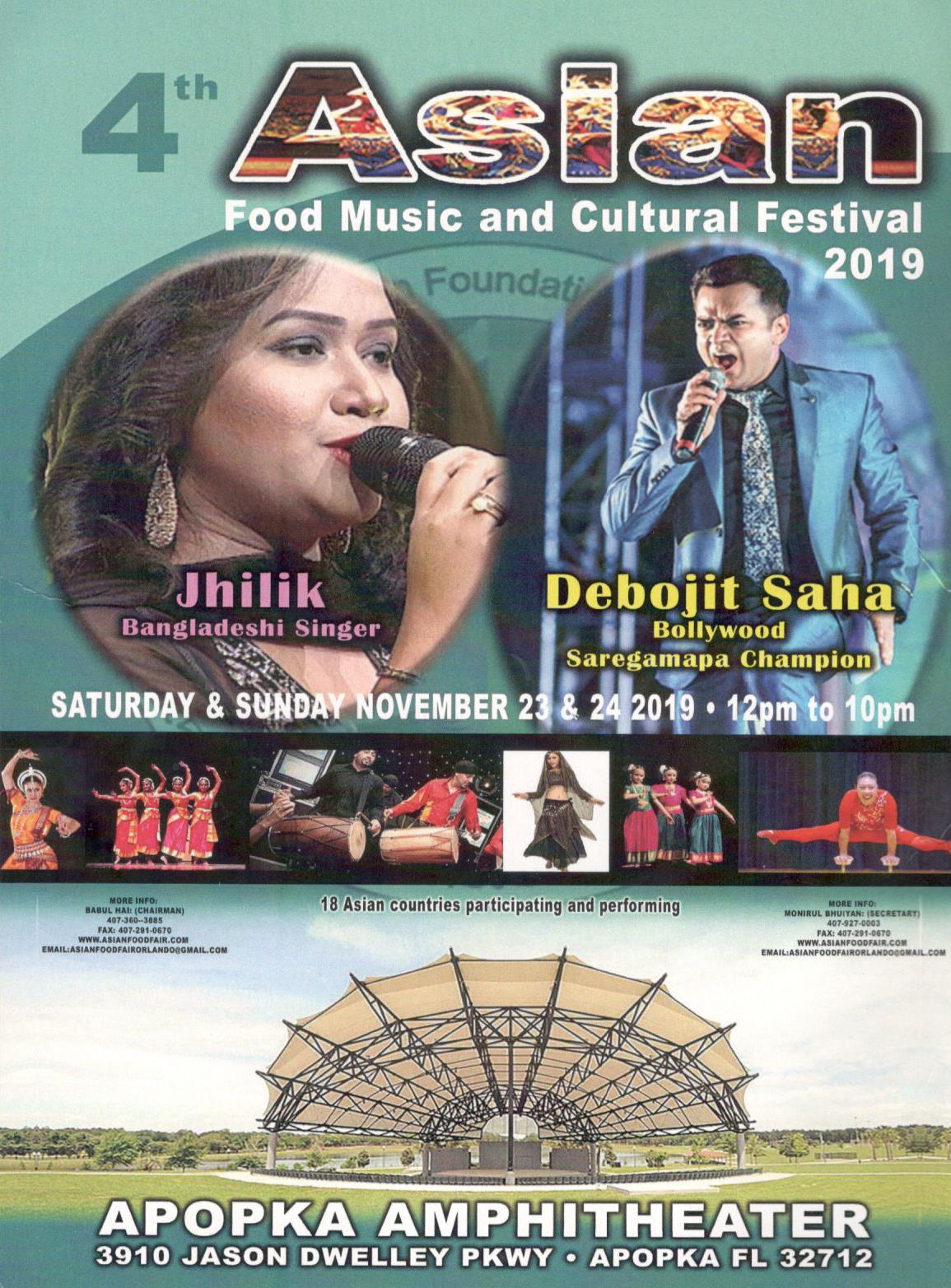 The event is organized by the Bangladesh American Foundation of Central Florida of Florida, a nonprofit, nonreligious, cultural organization established to serve the Asian American Community in the Central Florida area. Its mission is to share Asian culture with the people of Florida and to foster a better understanding of the cultural diversity of Asia with the American community at large.

This festival showcases the diverse culture and heritage of Asia. The Asian festival is one of the kind event presented annually by the Asian American community in the Central Florida area. It attracts the largest gathering of the Asian American community in a single event in Central Florida from all over United States. Billions of people inhabit this continent adorned with a range of languages, arts, crafts and cuisine. These cultures are connected by a common thread of history, social, cultural and political norms that bind us as nations, as marches into the 21st century.