Chinese Immigration into the Caribbean Basin 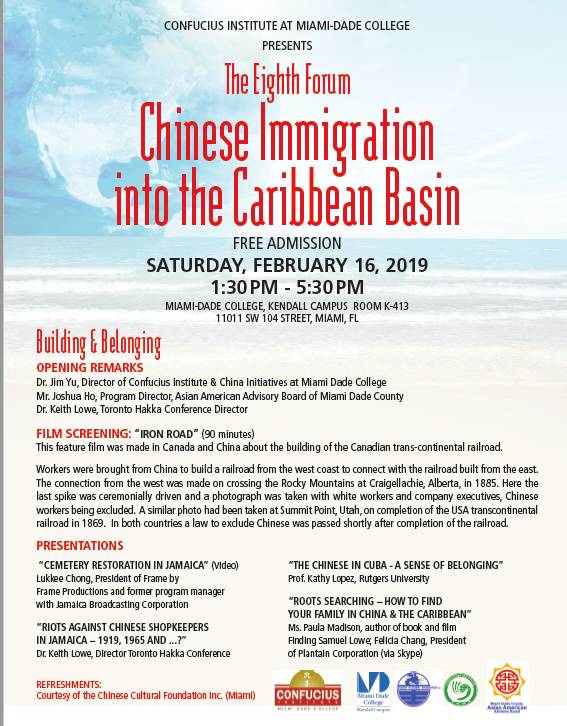 FILM SCREENING: “IRON ROAD” (90 minutes)
This feature film was made in Canada and China about the building of the Canadian trans-continental railroad.

Workers were brought from China to build a railroad from the west coast to connect with the railroad built from the east. The connection from the west was made on crossing the Rocky Mountains at Craigellachie, Alberta, in 1885. Here the last spike was ceremonially driven and a photograph was taken with white workers and company executives, Chinese
workers being excluded. A similar photo had been taken at Summit Point, Utah, on completion of the USA transcontinental railroad in 1869. In both countries a law to exclude Chinese was passed shortly after completion of the railroad.

“THE CHINESE IN CUBA – A SENSE OF BELONGING”
Prof. Kathy Lopez, Rutgers University

“ROOTS SEARCHING – HOW TO FIND
YOUR FAMILY IN CHINA & THE CARIBBEAN”
Ms. Paula Madison, author of book and film
Finding Samuel Lowe; Felicia Chang, President of Plantain Corporation (via Skype)