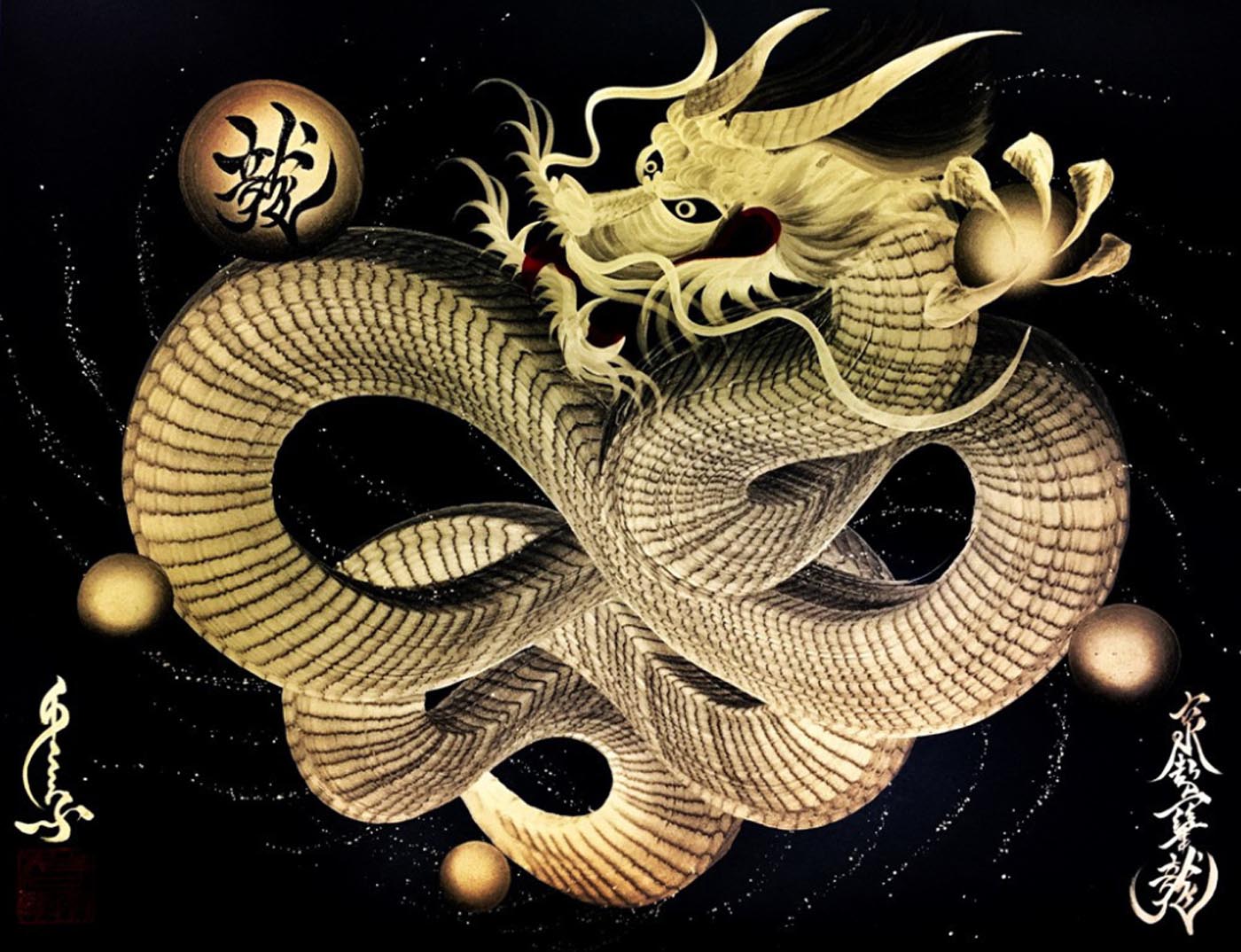 with a demonstration of the “One-Stroke Dragon” painting technique by Japanese master Keisuke Teshima at 6:30pm

Join us for the Artists’ Reception

On view at the Safety Harbor Museum & Cultural Center

Keisuke Teshima Bio: The image of the Dragon is revered around the world as the incarnation of God from ancient times and is a testament of Luck. An ancient painting technique, Teshima embodies the tradition and spirit of the “One-Stroke Dragon” style with contemporary ideals. Through drawing the body of a dragon in a single perfect stroke with a large sumi brush and watercolor, the artist can bring people luck in whatever they seek, such as perfect health, the realization of great ambition, children, a good marriage, and more. The painting is to be used as a lucky charm and to be displayed prominently in a person’s home.