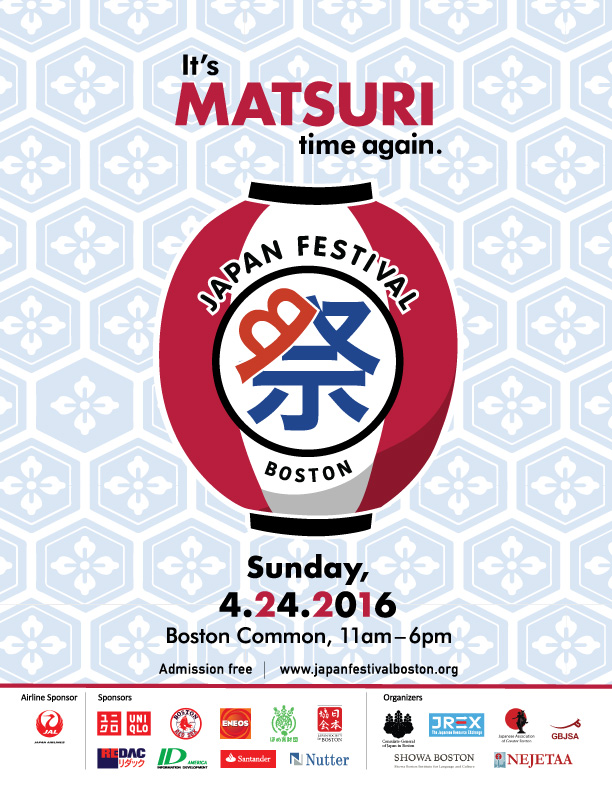 Boston has enjoyed a deep relationship with Japan since the days of the Iwakura Mission of 1871. In April of 2012 the city celebrated the 100th anniversary of the friendship gift of cherry trees from Kyoto to Washington D.C. by hosting a Japan Spring Festival with support from the Consulate-General of Japan in Boston and in cooperation with local Japanese businesses and organizations. The festival was held in Boston’s historic Copley Square Park in the heart of the city and was modeled after a traditional Japanese fair. The celebration exceeded all expectations, with over 13,000 participants in attendance. The success of the festival was due largely in part to the unprecedented level of cooperation from the local Japanese community. Around the same time as the festival, the city celebrated the addition of a new direct flight option between Boston Logan airport and Narita airport, bringing the two cultures and peoples closer than ever.

After the success of the 2013 festival, Mayor Menino declared May 19th to be Japan Day in Boston. This year we will be joining with the Cambridge Arts River Festival on June 7th. Hope to see you there!