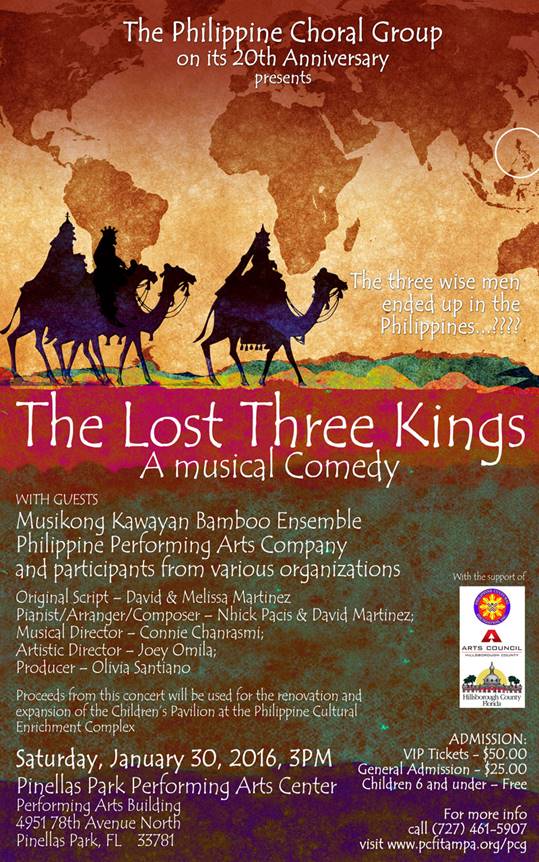 The Philippine Choral Group is celebrating its 20th year anniversary with a musical comedy entitled “The Lost Three Kings” at the Pinellas Park Performing Arts Center on Saturday, January 30, 2016 at 3PM.

With the original script written by David and Melissa Martinez, “The Lost Three Kings” is a musical adventure about how the Three Wise Men end up in various parts of the world in search of the Baby Jesus.  This musical is produced by PCG founder Olivia Santiano. PCG conductor Connie Chanrasmi is music director while Joey Omila is artistic director. There will also be a participation of PCFI’s cultural arms, Philippine Performing Arts Company, Inc. and Musikong Kawayan Bamboo Ensemble, and by other Fil-Am organizations in the Tampa Bay Area.

Proceeds from this event will be used for the renovation and expansion of the Children’s Pavilion at the Philippine Cultural Enrichment Complex (PhilFest Grounds) in Tampa, Florida.