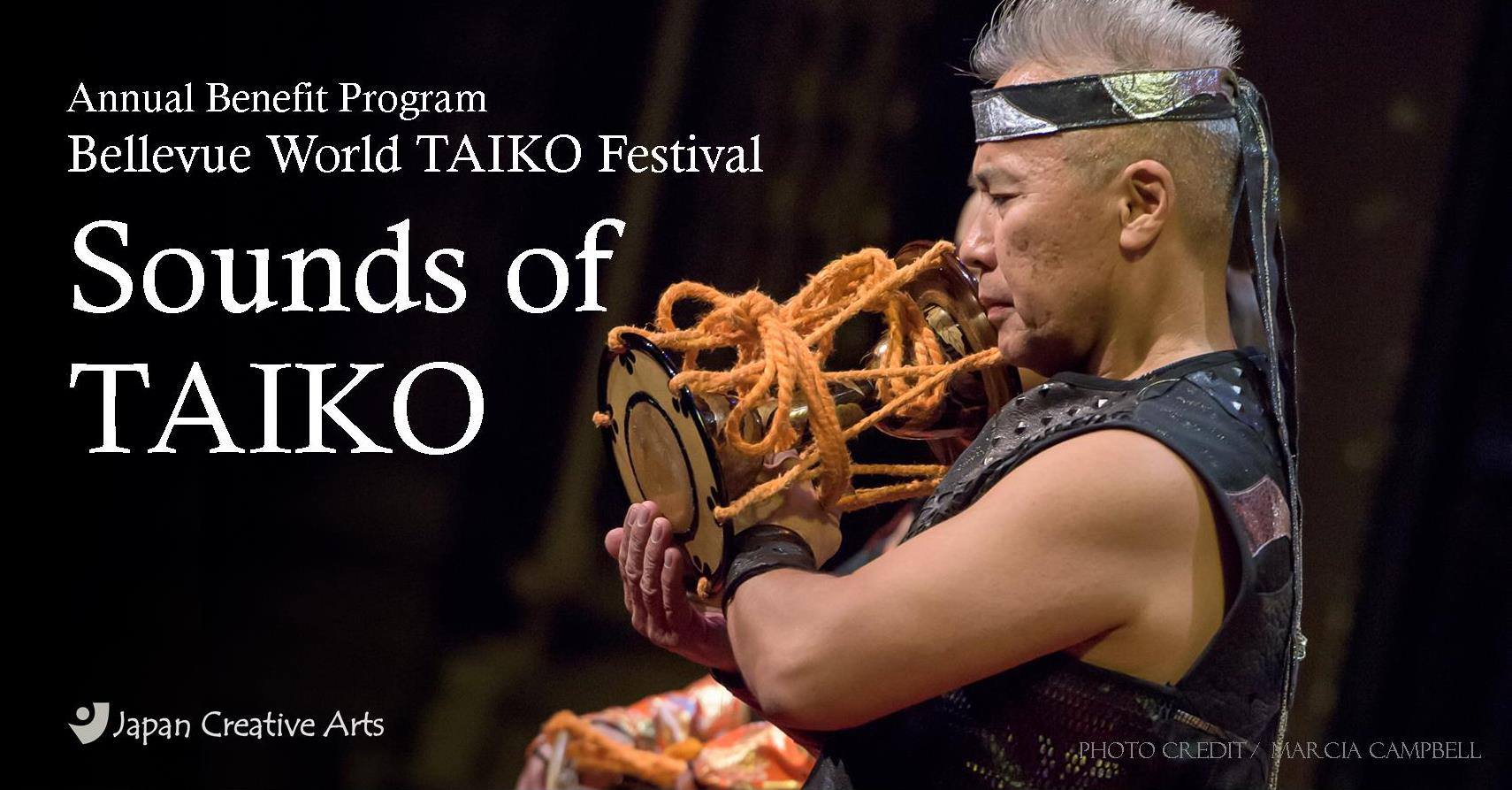 This will be held as the third ” Bellevue World TAIKO Festival” which sold out event with gathering audience from all over the US in past events. You can enjoy the fusion of various rhythm of the DRUMS which centered Japanese Taiko Drums.

Special Guest; Kenny Endo is well known as the leading person of Taiko world in US. He has an honorable achievement, being the first foreigner who became a Natori (stage name and masters license) in hogaku hayashi(classical drumming). Also, he has studied various Taiko Drumming styles from masters. Furthermore, he stayed in Japan for more than ten years for studying and performing Taiko drums in his younger era.

In addition of the Kenny’s beautiful numbers, the traditional Taiko numbers will performed as collaboration by Kenny and local professional Taiko group CHIKIRI and also Cascades Taiko Drummers ( A group made in commemoration of the eighth anniversary of The School of TAIKO. ) with full of human power & spirits. Furthremore another guest performer Ian Dobson who is famous as Seattle based percussionist will create new passion with Taiko Drummers on the stage.

You are strongly recommended to come to the venue on the time of doors open. The festival will have some lectures including the rare opportunity to learn the “History of TAIKO in US” which will be lectured by Stan Shikuma who is the leading person of the Northwest area Taiko world more than 35 years and also you will enjoy the unique knowledge of Kimono by Mariko Kayama, founder of Kimono Art.