Zakir Hussain and the Masters of Percussion 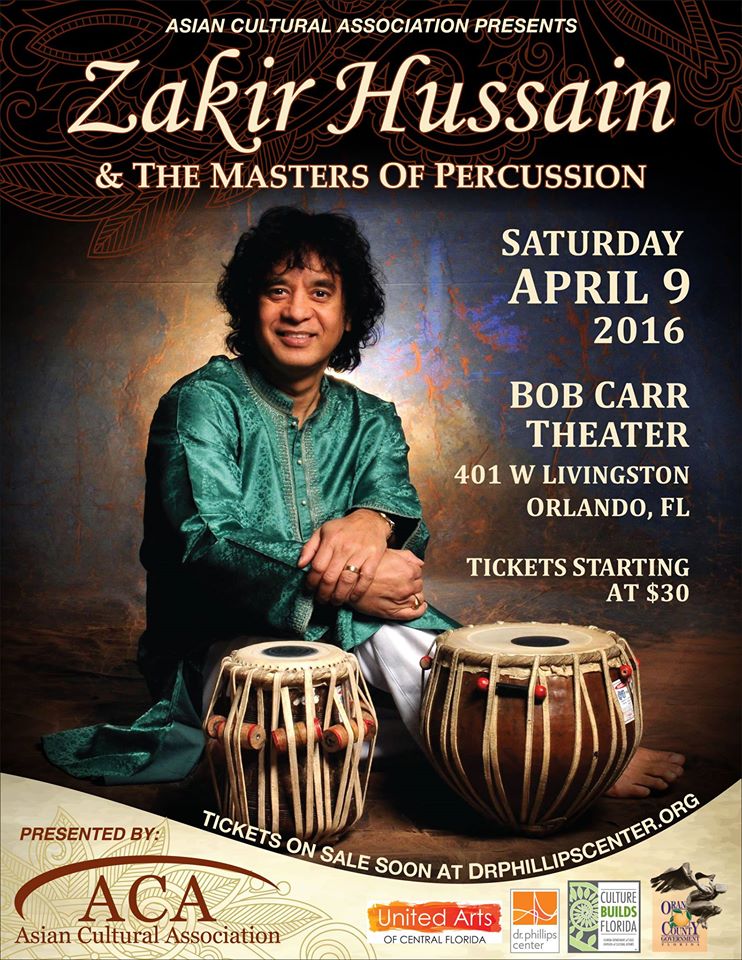 A classical tabla player of the highest order, Zakir Hussain’s scintillating performances have established him as a national treasure in India. He inherited this skill from a remarkable musical lineage: he is the son of iconic tabla player Ustad Allarakha, and heir to a family that has boasted master instrumentalists for many generations. Demonstrating a “virtuosity that is barely to be believed” (Washington Post), Hussain has become the world’s foremost ambassador of Indian classical music — the successor to his longtime collaborator Ravi Shankar.

Hussain returns to Orlando for one night only on April 9, 2016 with the Masters of Percussion, his hand-picked ensemble of the finest musicians from across the Indian classical tradition.

This program is funded in part by Orange County Government through the Arts & Cultural Affairs Program, United Arts of Central Florida, and the State of Florida Division of Cultural Affairs.