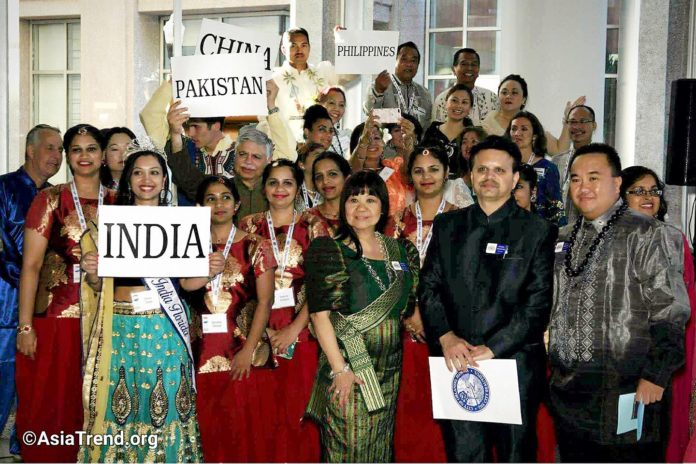 Monica Joelle Ortiz started us off  with the singing of the National Anthem.  She was first runner-up in the 2015 Miss Teen Florida.  This year she plans on competing in the Miss Florida USA pageant.

The entertainment for the evening was colorful and riveting.  “Dance Troupe” with the Filipino Student Association at UCF performed 2 dances.  The “Binasuan” which uses the graceful movements and tricks with glasses half-filled with water.  Then the popular traditional “Tinikling” was performed using bamboo poles and speedy foot movements maneuvering between the clapping of the bamboo poles was a crowd pleaser.

India was well represented with the Mrityun Dance Studio, founded by Naveena Murugesan, performed “Senthoora” a fusion performance with lots of style and footwork.  The costumes were stunning.

Mark your calendars for the next signature event:  2017 Golden Dragon Awards on October 14th at Disney’s Contemporary Resort.

Article by Kannan Srinivasan, President and Coco Johnston, Past President