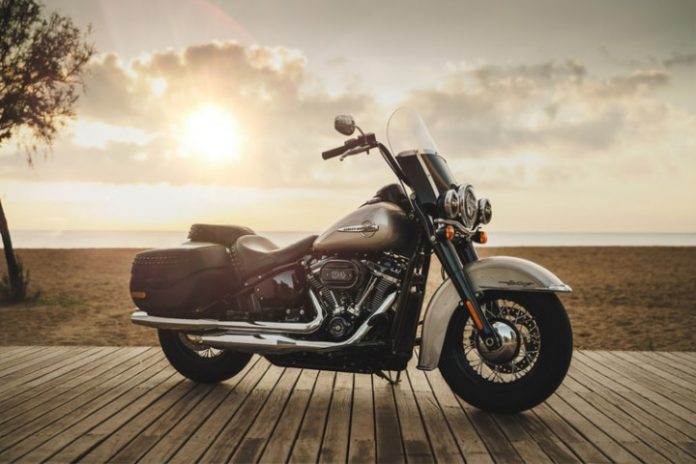 Taipei, June 15 (CNA) The production value of Taiwan’s motorcycles and spare parts in the first quarter of this year continued to grow, after hitting record highs in 2019 and 2020, according to the Ministry of Economic Affairs (MOEA).

In the first quarter, output value reached NT$35.6 billion (US$1.29 billion), up 16 percent from a year earlier, due mainly to robust exports of gas-powered motorcycles and electric scooters, according to data released Tuesday by the ministry.

An analysis of related products by the MOEA shows that gas-powered motorcycles and scooters were the main products in the industry, followed by spare parts, e-bikes and e-scooters.

However, emission-free e-scooters saw rapid growth in production due to growing environmental consciousness and the rise of athleisure trends, according to the analysis report.

In 2017, the value of gas-powered motorcycles and scooters hit a record high of NT$57 billion, up 10.4 percent year-on-year, and accounted for nearly 50 percent of the sector’s total industrial production.

However, the rapid rise of e-scooters saw the output of gas-powered motorcycles and scooters drop in 2018 and 2019 before rebounding to NT$56.8 billion in 2020, up 24.7 percent from a year earlier due mainly to government subsidies to motorists who trade in their old scooters.

In the first three months of 2021, the production value of gas-powered motorcycles and scooters posted a 27.8 percent year-on-year increase.

Motorcycle parts registered a record high of NT$47 billion in output in 2017, up 6 percent from a year earlier.

However, owing to reduced orders from countries in North and South America and China, parts output dropped to NT$41.2 billion in 2019, the lowest since 2012, down 5.6 percent from a year earlier, before rebounding to NT$44.4 billion in 2020, according to the MOEA report.

In 2019, the production value of e-scooters rose 111 percent from a year earlier to NT$23.1 billion and surged to a record high of NT$24.5 billion in 2020. For the first three months of 2021, the segment’s output grew 29.8 percent, the largest growth among all product categories.

The e-scooter market grew at an average annual rate of 59 percent from 2012 to 2019, reaching a high of NT$12.2 billion in 2019, but dropped by 45.3 percent year-on-year to NT$6.7 billion in 2020 following falling international oil prices and reduced government subsidies to motorists for purchases.

In the first three months of this year, e-scooter sales plunged by 60.8 percent year-on-year, according to the report.

According to data compiled by the Ministry of Finance, Japan was the major destination of Taiwan’s motorcycle and parts exports before 2013, whereas from 2014-2018, Taiwan’s exports mainly went to the United States.

In recent years, Taiwan’s motorcycle and parts have mainly been exported to the Netherlands.

The data shows that Taiwan’s exports of motorcycle and parts to the Netherlands in 2020 reached US$480 million, up 29.8 percent from a year earlier, while its exports to the United States were about US$400 million, up 20.7 percent year-on-year.