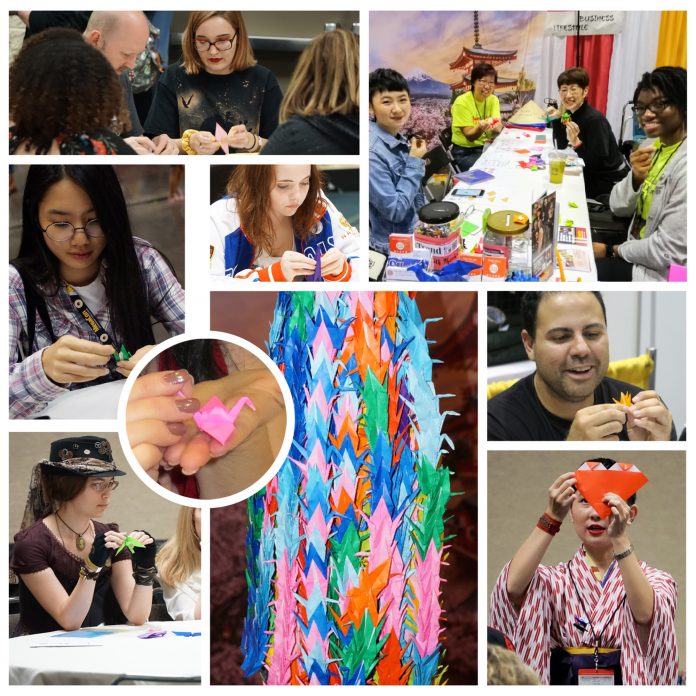 This was my second time volunteering with Asia Trend Inc. and I am extremely happy that I’m now a part of the team. Along with promoting Asia Trend, our project was to create 千羽鶴（1000 origami cranes), and donate it to the Pulse Foundation; and the Japanese legend behind that creation is, by creating those 1000 cranes, one wish will be granted. It also is represented to be peace and unity, which is why it has a much deeper meaning behind making them all, and is appropriate, as well, for Pulse. 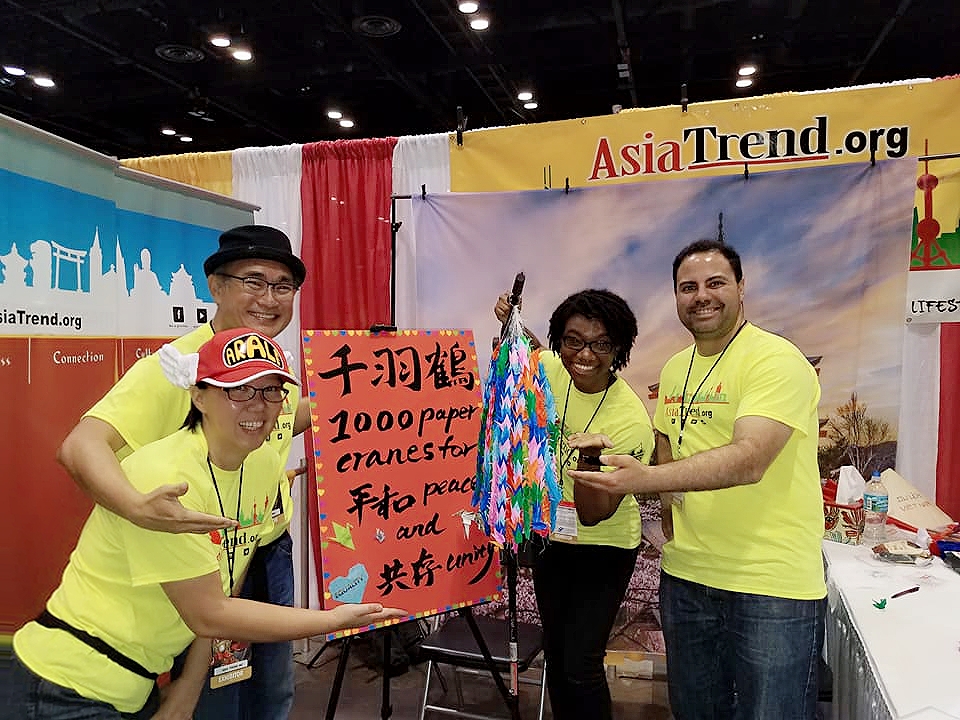 I was there for three days of MegaCon, and it was amazing! The first day, I met with Mrs. Izumi Sakurada and a previous volunteer and friend, Stephanie. My heart was racing, I was running on adrenaline, and I was excited to volunteer as well as to be at a convention that had been on my wish list for years. I didn’t know how to make cranes, so Izumi taught me and it was actually easier than I thought. I had been taught by Izumi’s daughter, Yuni, before, but because of the lack of repetition that I had to do, I forgot very quickly. Now, I’m quite confident that I’ll be able to make cranes for the rest of my life!

For the rest of the day, we each, took turns teaching about Asia Trend, teaching others how to make cranes along with other origami artwork pieces, and participating in the MegaCon showroom and panels where artists, inventors, cosplayers, and celebrities were mostly stationed.  Even in walking around, I was able to inform people about the cause we were doing as Asia Trend and of course, got to explore a massive venue.

For the last two days, there was a lot more traffic with people as well as volunteers, and little by little I broke out of my shell of being shy. I was more outspoken and helped anyone who wanted with origami and those who wanted to have more information about Asia Trend. Especially after the Origami class, I felt more comfortable actually being a volunteer and knowing that I’m here to share with anyone who has a curious mind about Asian culture. Despite my non-east Asian roots, my reason for volunteering with Asia Trend in the first place is to be able to communicate and learn about the various communities and culture of East and Southeast Asia. I find it beautiful, meaningful, a mystery sometimes, and it’s a passion of mine to learn what I can.

So, I thank Asia Trend; Shally, Gary, Izumi, Yuni, and those who were with me, for giving me the opportunity to learn and do more than I normally would. It is a memory I will hold forever.