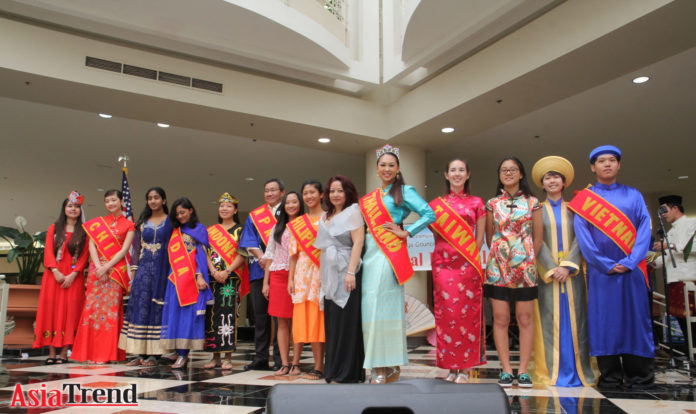 Orlando, Florida – Thousands of Central Floridian Asian Americans, their friends, neighbors and guests congregated at the Orlando Fashion Square last May 7, to celebrate the Asian American Heritage Month, traditionally a presidential proclamation every May to acknowledge and recognize the various national contributions of skills, talents, and vitality of Asian Americans and Pacific Islanders to the United States.

Event hosted by the Asian American Heritage Council of Central Florida (AAHC), the festival showcased the diverse Asian community within the Central Florida area. The countries that were represented were China, India, Indonesia, Japan, the Philippines, Taiwan, Thailand and Vietnam.

City of Orlando Commissioner Robert Stuart and AAHC Chair Babuji Ambikapathy welcomed a crowd of thousands at the Asian Cultural Festival held at the Orlando Fashion Square. Rick Singh, Orange County Property Appraiser was among the other special guests.

The Asian American Heritage Council, originally established in 1980 as Asian Pacific American Heritage Council, and re-organized in 1996 as an administrative body,
not an umbrella, for Asian American organizations in Central Florida, is dedicated to preserve the culture and heritage of Asians. Proceeds from the cultural festival will benefit its annual Scholastic Awards project in November.

The Japanese festival BonFest returns to Pensacola in 2022