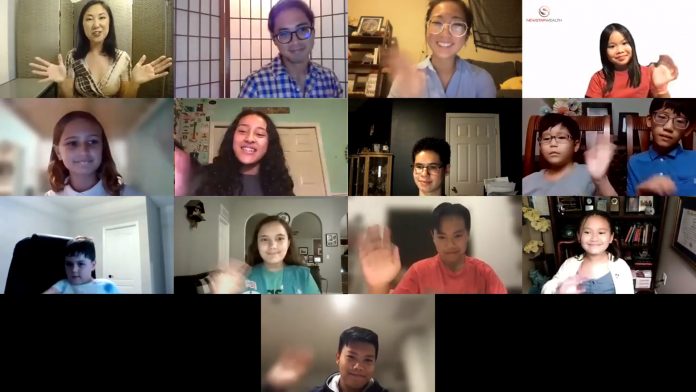 On Thursday, September 23rd, the Make Us Visible FL Coalition hosted a special town-hall highlighting the experiences of students in the K-12 education system. Students ranged from 8-20 years old, but all shared one thing in common – the belief that the inclusion of Asian American and Pacific Islander history mattered, especially in Florida.

Sifu Mimi Chan, the state lead for the Coalition, introduced the virtual town-hall by speaking about the nationwide rise in hate crimes against the **AAPI community. According to a recent National Report from Stop AAPI Hate, 4,548 incidents of anti-Asian hate occurred within 2021 alone. These incidents arise out of a long history of anti-Asian sentiment in the US (ie: Chinese Massacre of 1871, the San Francisco Plague Outbreak of 1900, and more) and have been fueled by various policies and social norms, such as the weaponization of race by government leaders.

In this town-hall, students spoke about the lack of education about Asian American history in their schools, but moreso of the normalization of derogatory behaviors towards them due to their Asian backgrounds. Julian-Alexnadre Pierce, a 14 year old student who attends the George Washington University Online High School, recounted an incident in which his family bore the brunt of a racist tirade during a tour of a chocolate factory. In his story, Julian-Alexandre spoke about a white man who screamed at the family’s brothers and speculated that “…he wanted some sort of issue, he wanted to instigate this whole situation. I don’t know if he, you know, enjoyed that kind of thing or just, you know, it’s in his nature to be that way.”

Other speakers, including Liam, a 10 year old student attending St. Paul’s Catholic School in Jacksonville, Florida, shared about the class he took on Asian American contributions to the state of Florida. When asked about why he wanted to continue learning about Asian American history, Liam responded, “Asian Americans also have an effect on our country and some of them helped us get to where we are today, and so I want to learn more about how they did that.”

“I was thrilled to see students from various backgrounds represented in this town hall and am in awe of their advocacy and enthusiasm.  I am overwhelmed by their strength and bravery to openly share stories of their struggles and being victims of stereotypes and discrimination.  We are inspired and energized from this town hall where the voices of the youth have been heard. They are yearning for history to be taught.  AAPI history needs to be included in the k-12 education curriculum in Florida.  ” – Sifu Mimi Chan.

This town-hall with the AAPI community of Florida comes at a time when public education debates are at an all-time high. Following the inclusion of Holocaust Studies and African American studies within required lesson instructions for FL school districts, the Make Us Visible Florida Coalition hopes to present their own curriculum for AAPI studies.

sign our petition – Include Asian American history to K-12 Education Curriculum in Florida at https://www.change.org/p/commissioner-richard-corcoran-add-asian-american-history-to-k-12-education-curriculum