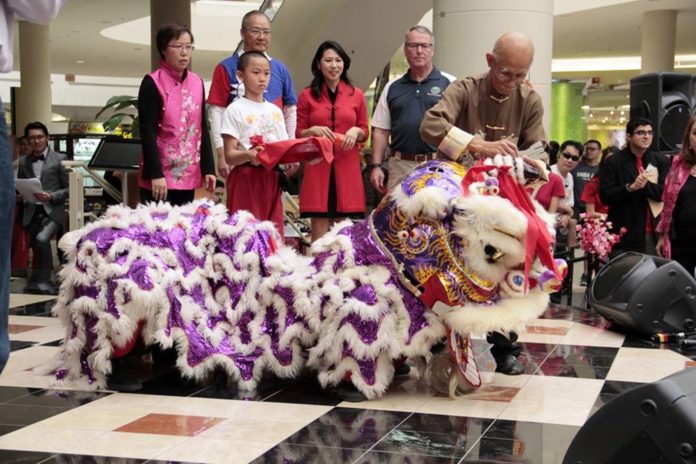 Following the parade, everyone came into the Fashion Square Mall to enjoy even more festivities.  A new stamp was unveiled for the year of the Rooster by the USPS Postmaster of Orlando Timothy Holmes.  Congresswoman Stephanie Murphy and Mayor Buddy Dyer kicked things off with a traditional eye dotting ceremony.

The rest of the day was filled with exotic food, exhilarating performances as well as a showcase of our strong Asian American community.  An audience member commented that she enjoyed “the different aspects of all Asian cultures, the food, the dragons and the exotic costumes.”  Shally Wong, the program chair, made sure that the performances highlighted every major Asian culture.

At the end of the day Major Buddy Dyer summed this wonderful event up best, “We [as a community] like to embrace and celebrate culture.  The Dragon Parade Lunar New Year Festival helps celebrate the contributions of Asian Americans.  The Orlando community embraces all cultures and people.”  Our community is stronger because of its diversity and great leadership.