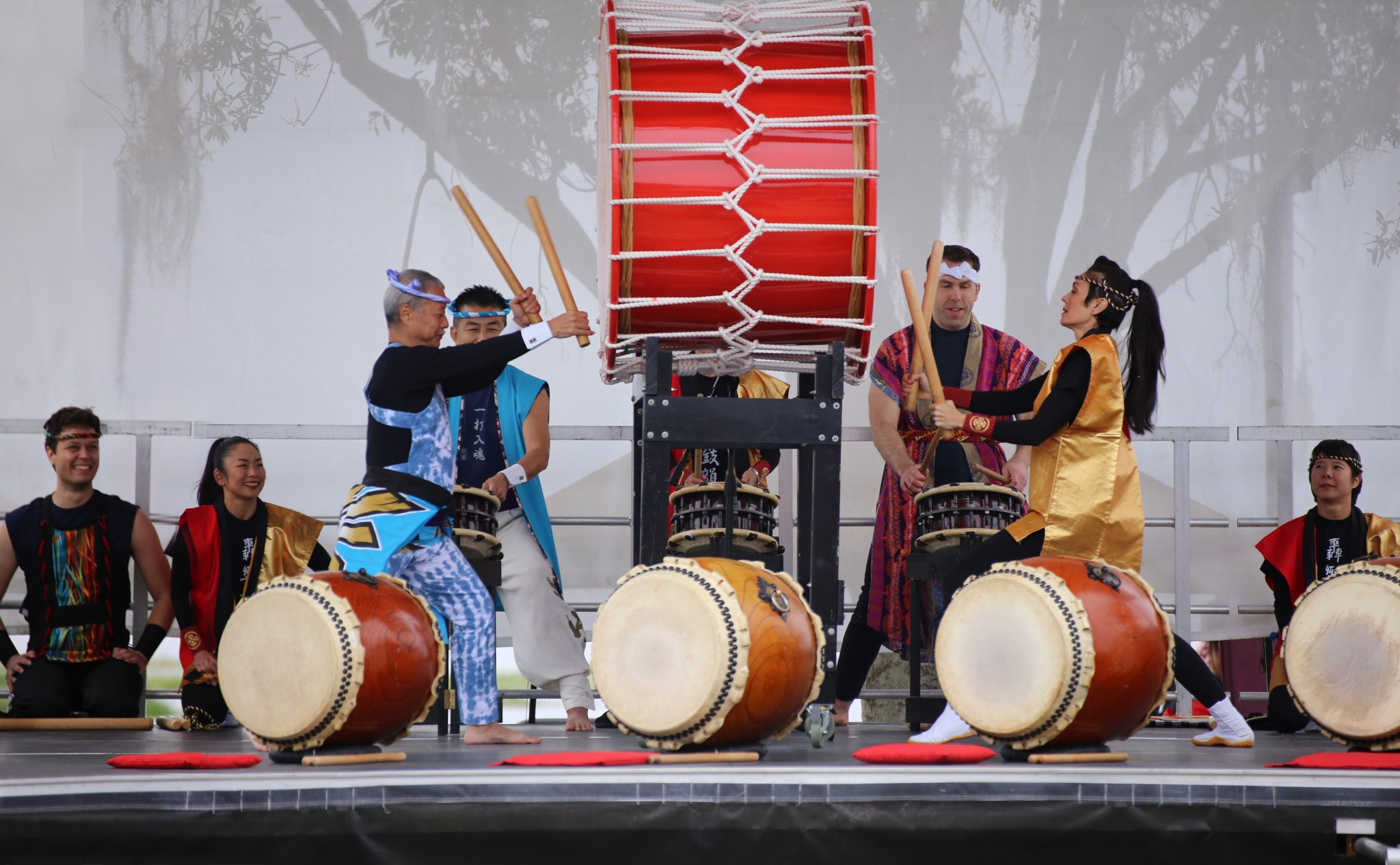 The Orlando Japan Festival, organized by the Japan Association of Orlando, is an annual event held at Kissimmee Lakefront Park in November. The festival features many great performances, Japanese cuisine, Japanese merchandise and kid activities every year.  The 19th annual festival was held on November 17, 2019 and event organizer estimated that the festival attracted more than 8,500 attendees, making it one of the largest Japanese festivals in Florida.  Despite the windy and chilly weather for the entire festival day, passionate attendees kept packing the festival and lining up for their Japanese comfort food and merchandise.  Event organizer estimate that the festival draws over 6,000 attendance, making it one of the largest Japanese festivals in Florida.  Event supported by the City of Kissimmee and Consul-General of Japan in Miami.

Festival was kicked off at noon by well anticipated “One Hundred Taiko Drummers” by Orlando Taiko Dojo and Montessori School of Celebration. It is followed by a welcoming remark made by David Walsh, appointed Japan’s Honorary Consul and Takahiro Ogihara, Deputy Consul General at Consul-General of Japan in Miami.  At the same time, Bazaar by Mitsukoshi’s unbelievable discounted items was open for the year-end shoppers. Non-stop crowd filled up the audience section all day long.

The organizers add new programs every year besides traditional Japanese Folk Dance, Martial Arts, the Koto instrument, and Cosplay Contest. This year was a special collaboration performance Ballet and Taiko Drumming by Chiaki Yasukawa with Dancers from United Ballet Theatre and Matsuriza Taiko.  Another special performance was Japanese instrument musician Marco Lienhard playing Waggaki with Yoshino-kai Koto.  He later performed taiko with Matsuriza. Another new performance was Yosakoi Soran Dance by Sakura-Gumi. Festival’s finale included a raffle drawing with a grand prize of a round trip ticket to Japan sponsored by IACE Travel and Japanese Bon-Odori dance with the audience’s participation.

Japan Association of Orlando, Inc (JAO) is a local non-profit organization.   JAO is a non-profit, public charity organized as a Section 501(c)(3) organization and is known for hosting the “Orlando Japan Festival” for many years. The Festival showcases a wide variety of Japanese performing arts, attractions and vendor booths and has grown to be one of the largest Asian cultural events in the area. In fact, the last year’s Festival held in November generated the attendance exceeding 3,000 people which allowed JAO to donate the net proceed to regions in Japan struck by the earthquake and tsunami.  Please visit http://www.jorlando.org/ for further information regarding JAO and Orlando Japan Festival.