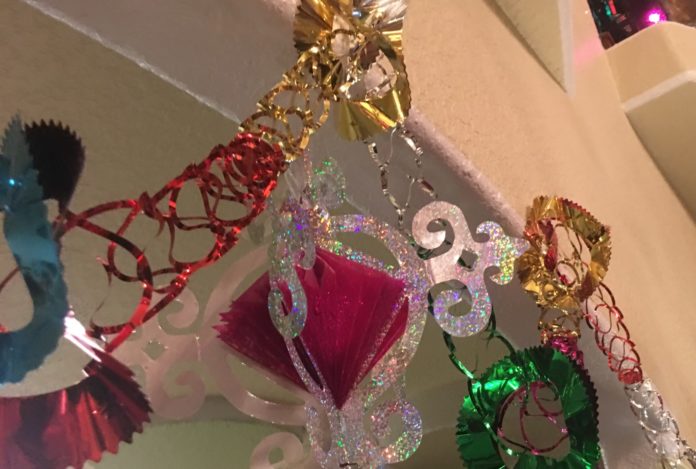 With about 1.6 billion Muslims worldwide, 1.1 billion reside in Asia making it the largest religion there followed by Hinduism. Like other several other Asian calendar systems, the Islamic Hijri Calendar is lunar and includes 12 months based on the cycles of the moon.  The 9th month of the Hijri Calendar is regarded as the most sacred – Ramadan.

This year (2017), Ramadan coincided during the time period between May 26 and June 24. During the holy month, Muslims worldwide fast, abstaining from all food and drink from sunrise to sunset. During the time of fasting, Muslims are encouraged to spend their time in prayer, meditation, reflection, remembrance of God and serving their communities. The aim of fasting is to allow one to feel with the less fortunate, by doing so one is reminded how life is not limited to material reality, but rather containing a spiritual aspect as well that encourages compassion between people.

At sunset families and friends gather for the Iftar dinner. Muslims break their fast usually with dates and milk in accordance to the traditions of the Prophet Muhammad. Prayers can continue throughout the night, and many will wake up early to eat Sihoor, an early morning breakfast before sunrise that prepares one for the fast of that day. The last ten days of Ramadan are regarded as the holiest and many Muslims use that time for extra prayers, acts of charity and other good deeds. Some may even spend the entire night at the mosque in prayer, as special prayers are hosted at the mosque exclusively during Ramadan.

At the end of Ramadan, a 3 day festival known as Eid Ul-Fitr commences. Families and friends gather for festivities to conclude a rigorous month of self-discipline through fasting. Parents and elders often distribute money to the children and youth of the family, something I personally look forward to every year.

When I was much younger I would always joke with my friends in school that “my Christmas” came late when they asked me why my family didn’t celebrate. Interestingly enough, because of the lunar system of the Hijri Calendar, Ramadan slightly shifts every year relative to the Western Calendar, meaning that one day Eid Ul-Fitr will be celebrated during the winter holiday season near Christmas time and maybe even near Chinese New Year as well! When that happens I can finally take advantage of the holiday sales for Eid presents, until then I must remain patient, after all patience is what fasting is supposed to teach us!