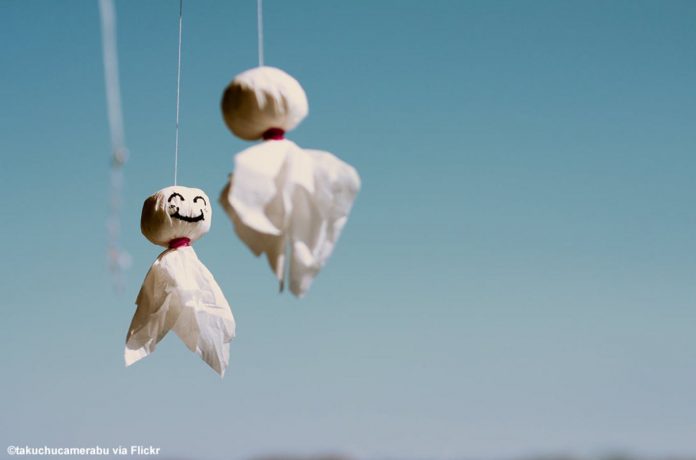 Visit Japan during the rainy season and you’ll likely see these little dolls hanging near the windows of houses and shops. They are known as “teru teru bozu”, which translates to “shine shine monk”. In Japanese culture, the teru teru bozu is a talisman that represents wishes for clear skies and sunny days. They are commonly made of cloth or paper, and are an easy craft for children to try.

Teru teru bozu can be seen in Makoto Shinkai’s hit film “Weathering With You”, which will be playing in theaters across the United States in July!