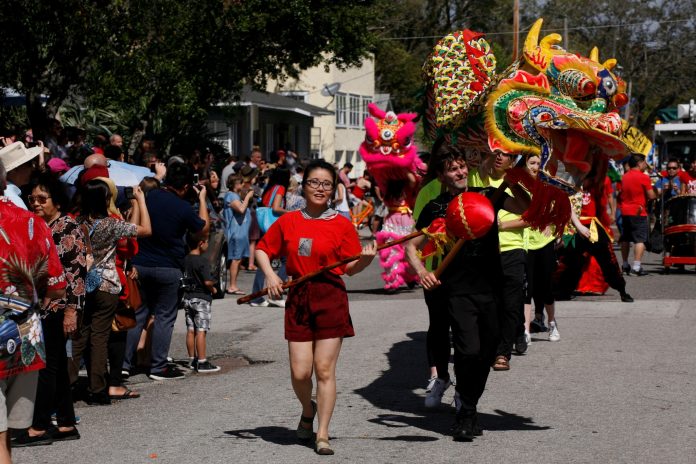 The Lunar New Year of 2019 falls on February 5th (Tuesday), and the festival will last to February 19th, about 15 days in total. 2019 is a Year of the Pig according to the Chinese zodiac.

Lunar New Year dates vary slightly between years, but it usually comes during the period from January 21st to February 20th in calendar. The dates change every year because the festival is based on the Chinese Lunar Calendar. The lunar calendar is associated with the movement of the moon, which usually defines traditional festivals like the Chinese New Year (Spring Festival), Lantern Festival, Dragon Boat Festival, and  Festival.

The lunar calendar is also associated with 12 animal signs in  zodiac, so every 12 years is regarded as a cycle. 2019 is a Year of the Pig, while 2020 turns to be a Year of the Rat.

The Lunar New Year, a celebration that goes by different names across Asia — Chinese Chunjie, Vietnamese Tet, Korean Solnal and Tibetan Losar. It is the most important holiday of the year for many Asian communities around the world. In Asia and in ethnic communities around the world, the Lunar New Year is the most important and most festive holiday of the year. Through centuries of Asian’s agrarian tradition, this was the one period when farmers could rest from their work in the fields. Family members from near and far would travel to be with loved ones in time to usher out the old year and welcome in the new, with great celebratory flourish. Today, all over China, Vietnam, and Korea, during what is now commonly referred to as the Spring Festival, passenger trains, buses, and riverboats are packed with holiday travelers; shops do a flurry of business selling gifts, new clothes, and festive foods; kitchens are bustling with preparations for elaborate feasts; and the streets are filled with the sounds of firecrackers and seasonal greetings.

Celebrate the Chinese New Year with the Chinese School of CAACF on Feb 2nd morning at 10 AM and enjoy a few Chinese traditions with a Dragon Dance, folk dances, and a demonstration of Chinese calligraphy. Free Admission

The 50th Anniversary of the Chinese American Association of Central Florida CAACF is celebrating the Year of the Pig 2019, as well as the 50th Anniversary of the CAACF, with a dinner reception and Lunar Chinese New Year Gala on Saturday, February 9th, 2019 at the Enchanted Nights 7017 S. Orange Blossom Trail., Orlando, FL  32809. There will be Chinese cultural dance and musical performances, along with dragon dance and lion dance.
if you have any questions and tickets: Please contact us at Tsuey Ing Lavender: 321.848.1967 and Cherry Lin: 352.530.6968.

The parade will be followed by five hours of the Lunar Festival that will take place at 728 N. Thornton Ave., Orlando, FL 32803.  The Lunar New Year Festival will feature Asian entertainment including Dragon dancing, Lion Dancing, cultural dances, martial arts, taiko drummers, arts and crafts and Asian food.  In 2018, over 8,500 patrons attended the event. Free Admission
more info at http://centralfloridadragonparade.org
​