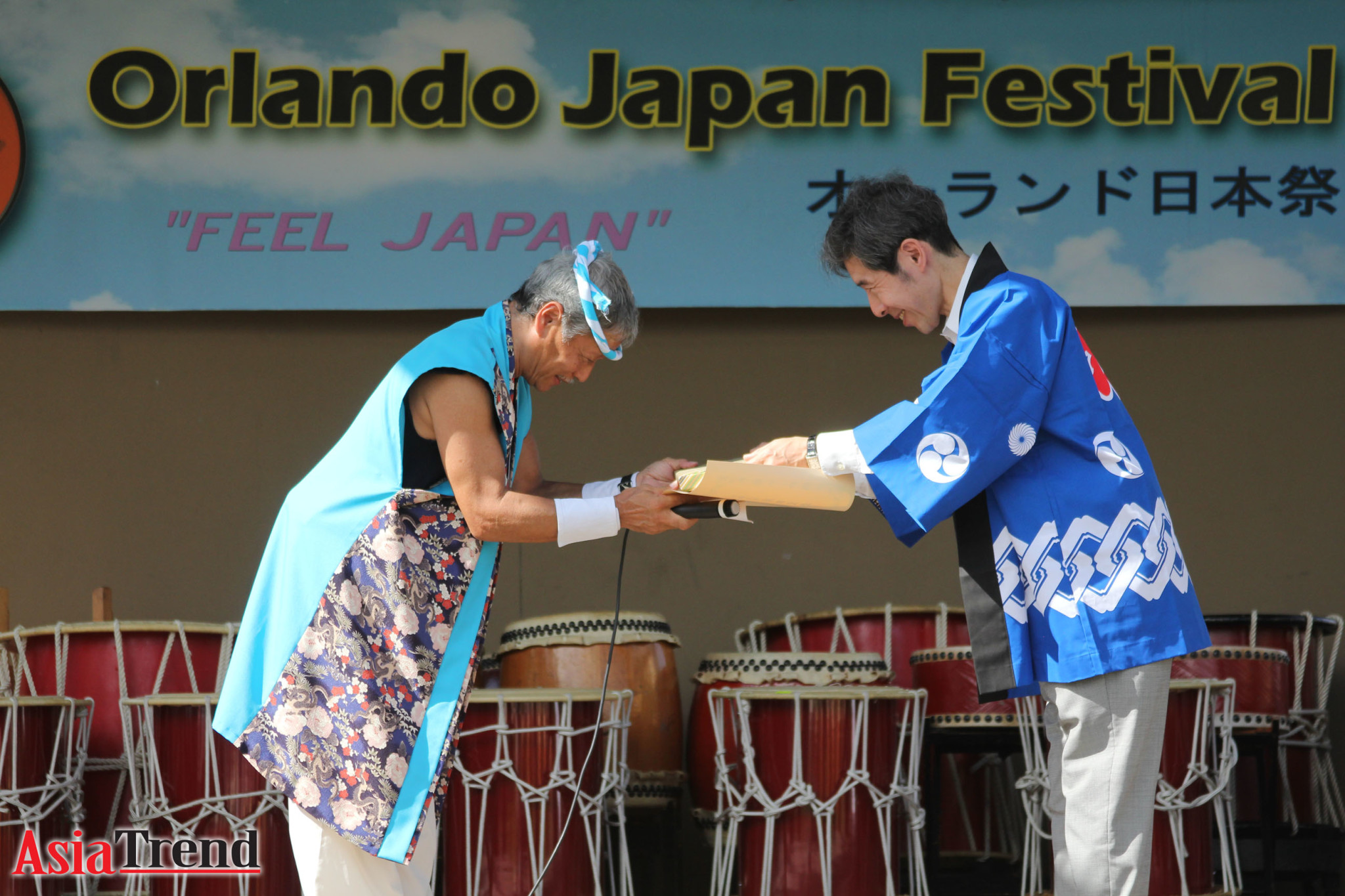 Takemasa Ishikura is one of the 116 individuals to receive the Foreign Minister’s Commendations for the fiscal year of 2015 from the Ministry of Foreign Affairs of Japan. Among the 116 individuals, 22 are from Japan and 94 are from overseas. The Foreign Minister’s Commendations are awarded to individuals and groups with outstanding achievements in international fields, to acknowledge their contributions to the promotion of friendship between Japan and other countries and areas. The Commendations also aim to promote the understanding and support of the Japanese public towards the activities of the recipients.

Takemasa Ishikura received the award certificate and commemorative gift from Consulate General of Japan in Miami Mr. Okamura during the opening of the Orlando Japan Festival 2015 for his leadership with the Japan Association of Orlando to promote the Japanese culture and local community to support the individual and further Japanese arts and education.

Takemasa moved to Orlando from Tokyo, Japan in 1983. “I really enjoy my life of promoting Japanese culture,” said Takemasa. Takemasa is the chairman of the Orlando Japan Festival organizing committee and the president of Matsuriza who performs Taiko Drumming all over the United States. He established Orlando Taiko Dojo which has nurtured many excellent taiko drummers regardless of race, sex and age. He was the past principle of Orlando Hoshuko Japanese language school. Takemasa said this recognition is not for him alone but for everyone who has helped him to achieve it. His contributions to the community and the cultural sharing impact have once again been recognized.