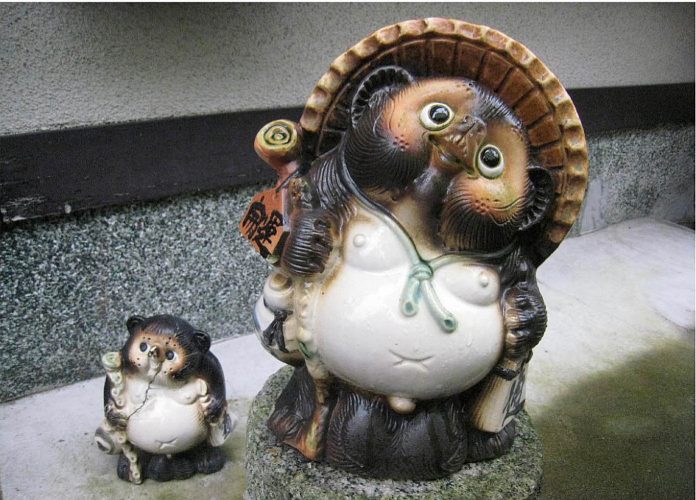 The Japanese raccoon dog or tanuki has long been part of the Japanese cultural landscape. Omnivorous, the tanuki might be seen in real life searching for food in the wild or sometimes in urban area, as it is highly adopted to the environment. More commonly, one might spot tanuki statues such as the “shigaraki ware tanuki”, by shops and izakaya. These hairy little animals are in fact canines, but are more closely related to foxes than to domesticated dogs. Many legends have been formed about the tanuki in the canon of Japanese folklore. Often times, they are depicted as shape shifters with magical powers, just as the kitsune (fox) which often appears as their archrival in folklores. Their statues, well loves by many, often demonstrate a characteristic set of features such as a cute face, large hat and other items which might be related to different kinds of luck.

What are Japanese Daruma Dolls?