Japanese Strings: Past, Present, and Beyond (online music) 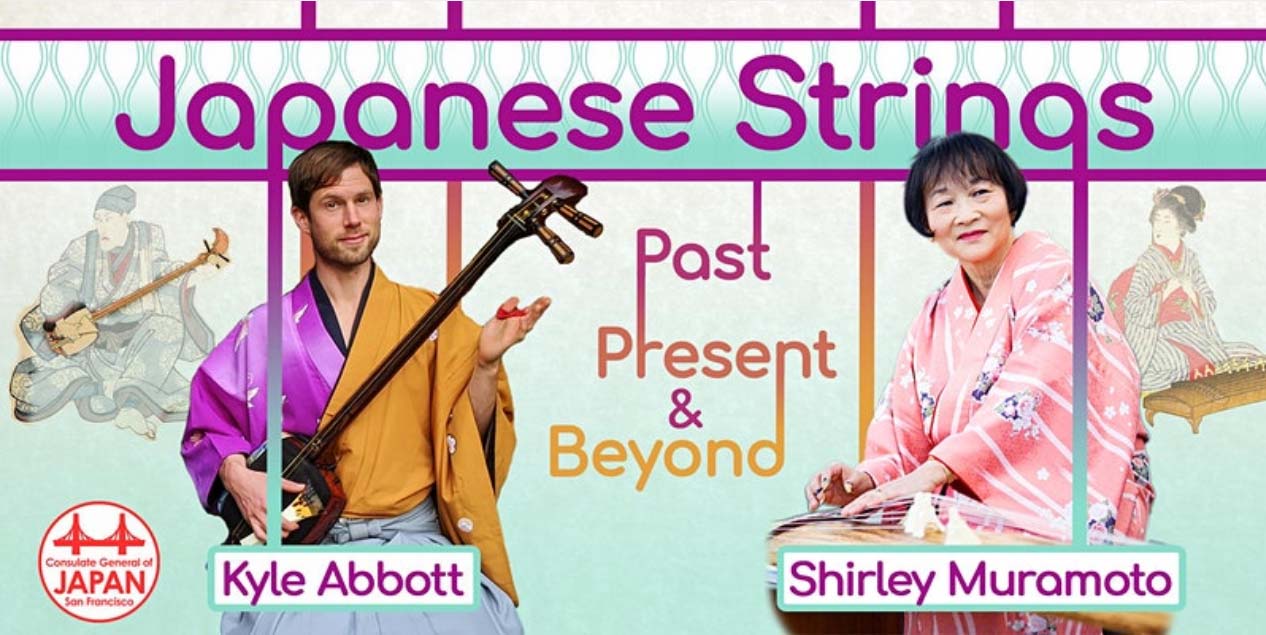 On Wednesday, February 17, the Consulate General of Japan in San Francisco will host an online music event featuring performances by local musicians Ms. Shirley Kazuyo Muramoto on the koto (Japanese zither) and Mr. Kyle Abbott on the shamisen (Japanese lute). Both artists will explain the journey of their respective traditional instruments through words and music spanning classical and contemporary periods, and even western genres like jazz and bluegrass. We hope you will enjoy an evening of Japanese strings with us.

This program will be held on Zoom Webinar.

Shirley Kazuyo Muramoto was first taught koto (Japanese zither) by her mother, Kazuko Muramoto, of the Chikushi Kai Koto School in Fukuoka, Japan, and later trained by the headmaster of the Chikushi Kai, Chikushi Katsuko. She has also been trained on the shamisen (Japanese lute) by Kazue Kudo of the Miyagi School in Los Angeles. Shirley has been playing the koto for over 50 years and she has been a teacher for nearly four decades. She became the first koto performer from outside of Japan to qualify for the prestigious Kenjun Koto Competition in 2018. In addition to her classical koto work, Shirley founded the Murasaki ensemble, a world jazz collective with influences from multiple sources.

Since the age of 14, Kyle Abbott has passionately dedicated himself to the shamisen (Japanese lute). From learning how to play and build the instrument, all the way to becoming a professional performer and teacher of the shamisen. In 2011, Kyle founded Bachido – the world’s first international shamisen community, now with over 1,600 members across the globe. He has recorded and produced multiple ensemble and solo albums. Kyle also plays the shakuhachi (Japanese bamboo flute), mandolin, banjo, guitar, bass, and other stringed instruments.