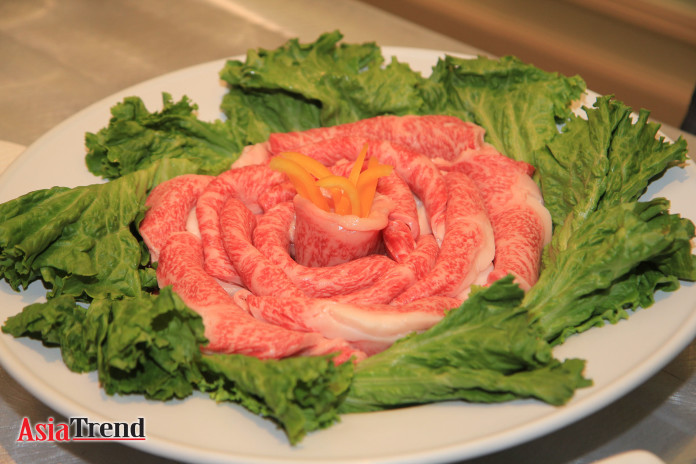 On January 22, 2015, I had the distinct honor and pleasure to attend the “Matsusaka Beef” Introductory Press-Release & Tasting Conference. Wagyu, which literally means Japanese beef, is known through out the world for its taste and marbled fat.

The ultimate wagyu from the Matsusaka Region of Mie Prefecture, comes to the United States Beef Market for first time in its history and they chose the city of Orlando for the first stop.

Matsusaka Beef is one of Japan’s most famous and popular beefs and is widely acknowledged as the finest beef Japan has to offer. In July 2013, a leading Japanese Economic Newspaper reported that, according to a Beef Industry Market Survey, Matsusaka Beef was recognized as the most popular brand of Japanese Beef.

Matsusaka Beef production takes place in central Mie Prefecture, nearly the center of Japan. In Mie Prefecture there are many world famous destinations such as the Suzuka Circuit, which hosts the Formula-1 Japanese Grand Prix, and the home of Ninja Clans from ancient times. The Ise Grand Shrine, one of Japan’s most sacred places, was visited by the United States Ambassador to Japan, Caroline Kennedy, in the spring of 2014.

By definition, Matsusaka Beef cattle can only be cultivated from virgin female cows of the Japanese Black Wagyu variety that have spent the majority of their lifespan, up till the time of slaughter, in Matsusaka City and its surrounding area and are registered under the Matsusaka Beef Identification and Management System.

Some Cattle Farmers provide beer to cows to stimulate their appetites and give them thorough massages in order to improve blood circulation and encourage even fat distribution. Many farms raise their cows in individual rooms so they can be finely managed and assure a comfortable, stress-free life for their cows.

Even among the already high-quality Matsusaka Cattle, only those born in specific areas, brought as calves to Matsusaka, and fattened for a period of 900 days or more qualify as “Special Grade Matsusaka Cattle.”

I tried the four Menus Prepared and Served for Tasting Purpose