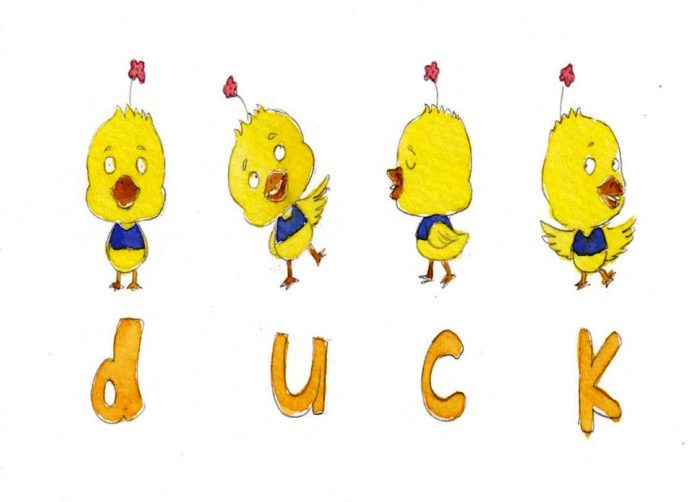 Let us enjoy the story of little Yellow Duck…

“Groups of animals are faced with decisions which they must make if they are to remain together.

There are simple 3 rules that allow groups of animals to work so well.

Those rules allow thousands and even millions of relatively simple animals to make decisions and move like a single organism. Look at the images and let’s see if you can tell which these 3 rules are? For a school of fish, an example of a typical decision might be which direction to swim when confronted by a predator.

Look at the image and think, are all fish swimming same direction?

A herd of elephants, same as other herbivores, must decide when and where to migrate.

Look at the image and think, Are they near or far from each other?

Flocking behavior is the behavior exhibited when a group of birds, called a flock, are foraging or in flight.
Look at the image and think, are all flying same direction?
Do they touch each other? Are they near or far from each other?

Little Yellow duck, I can see that you are more interested in ants then in listening. So let me share with you all that even social insects such as ants and bees must decide together where to build a new nest.

Anyone knows the answer???

With these three simple rules, the group moves as one, creating complex motion and interaction that would be extremely hard to create otherwise.

What about Humans?
Do we follow these rules?
Groups of humans are faced with decisions which they must make if they are to remain together.

Studies have shown that a group of people exhibits a very similar behavioral pattern to that of a flock, where if 5% of the flock would change direction the others would follow suit. Understanding how humans interact in crowds is important if crowd management is to effectively avoid casualties at football grounds, music concerts and subway stations and even more then that if we wish to learn of how to lead the change in the new culture.