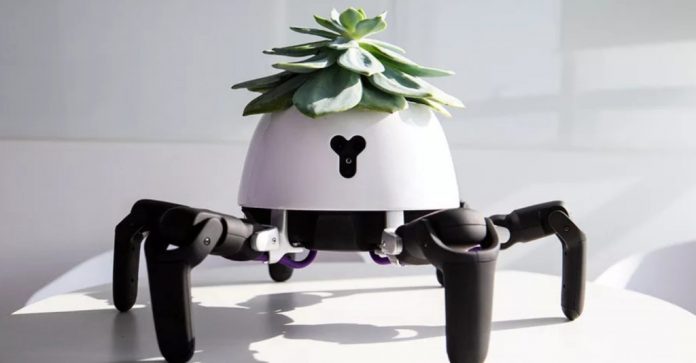 Hexa’s inventor, Tianqi Sun, explained on his blog that while he initially designed the robot to be multipurpose, when he saw a withered and dead sunflower in his home, he decided to turn it into the ultimate plant caretaker.

Tianqi Sun says that he was inspired by seeing a dead sunflower at an exhibition that was sitting in the shadows for some reason. Plants are usually “eternally, inexplicably passive,” he writes. You can cut them, burn them, and pull them out of the earth, and they do nothing. “They have the fewest degrees of freedom among all the creatures in nature,” he says. But, in the same way that humans have augmented our ability to move with bikes, trains, and planes, technology can give plants new freedom.

“With a robotic rover base, plants can experience mobility and interaction,” writes Tianqi. “I do hope that this project can bring some inspiration to the relationship between technology and natural default settings.”

HEXA robot also has WiFi and USB ports, with a built-in camera with night vision, so could double as a security guard. HEXA retails for a minimum of $949.