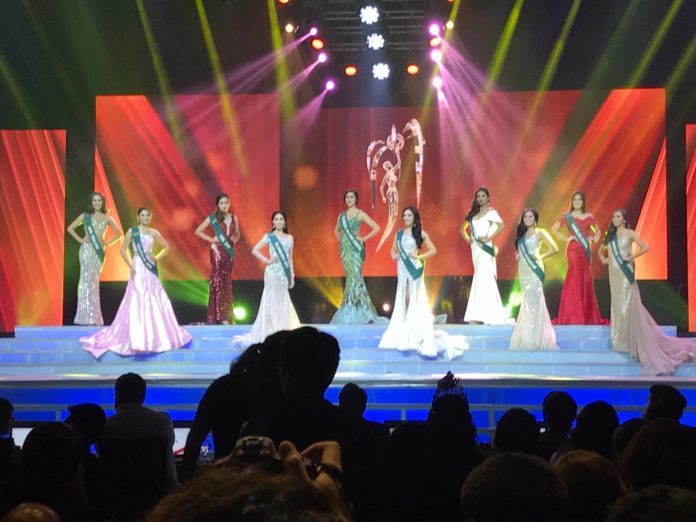 This year, I was so lucky to have been invited by a close friend Miss Peachy Veneracion who herself is a former beauty queen, and also the Vice President of Carousel Productions, Inc.. I met the contestants in several occasions and was even asked to judge the “Trash to Class” fashion show presentation of the ladies wearing dresses made of recycled materials. But the best part of my experience was sitting in the VIP section of the Arena together with other friends from Florida who flew all the way from Florida to show their support to Alexis.

The evening started with the girls introducing themselves projected in giant screens simply stating their first names which I found very effective. Then came opening number when all the girls came out dressed in spectacular amazon-like outfits inspired by the movie Wonder Woman and other female heroes, appeared on stage in a choreographed number. 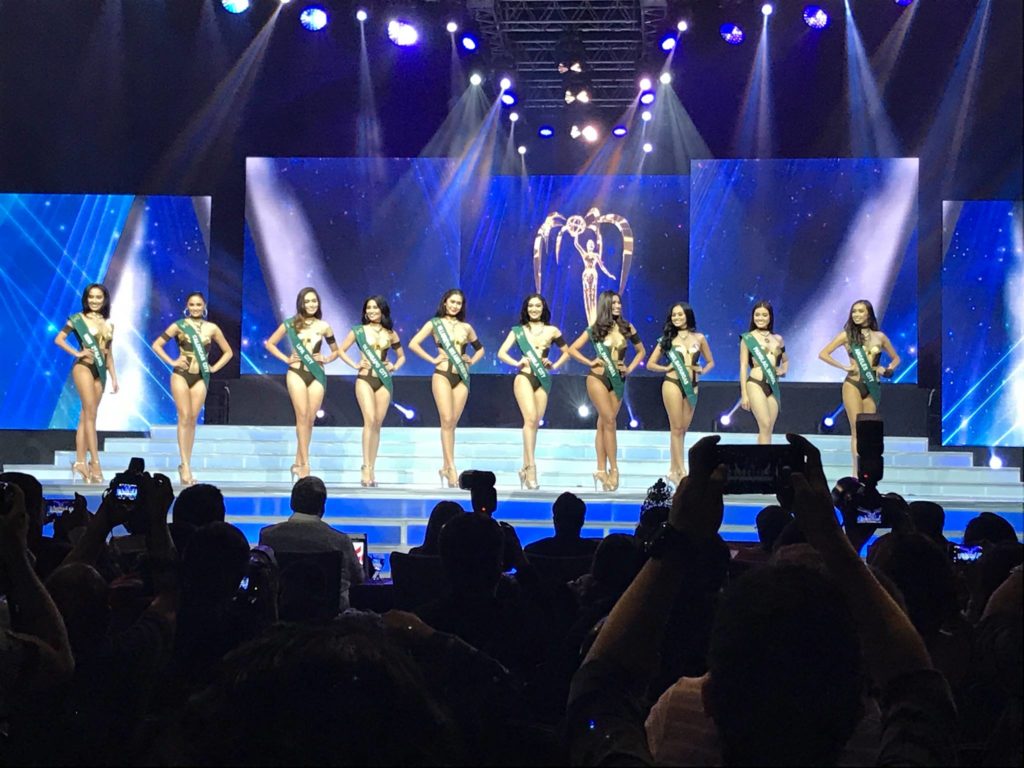 The second exposure was another spectacular presentation when the girls appeared in their choice of Philippine National Costumes. This number showcased all the talents of Philippines designers as the girls came out in the most gorgeous as well difficult to wear outfits, complete with headdresses, feathers, dresses made of raw materials, coconuts, painted canvas, beads and seeds. It was right after the National Costume presentation that the top 10 were announced. 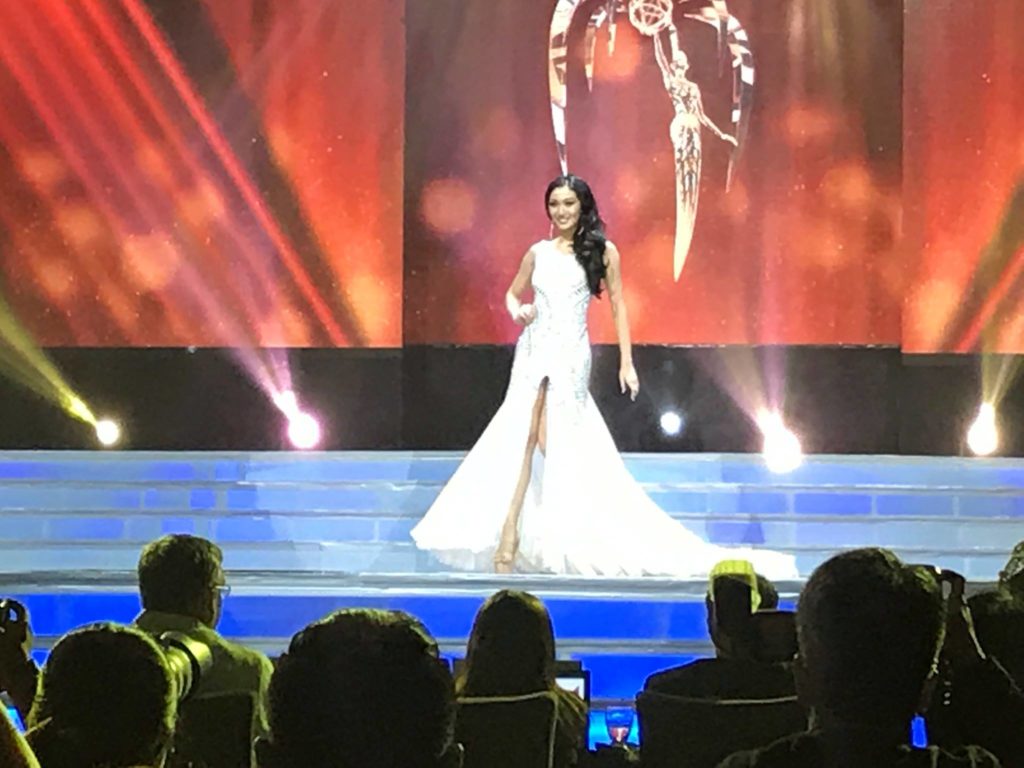 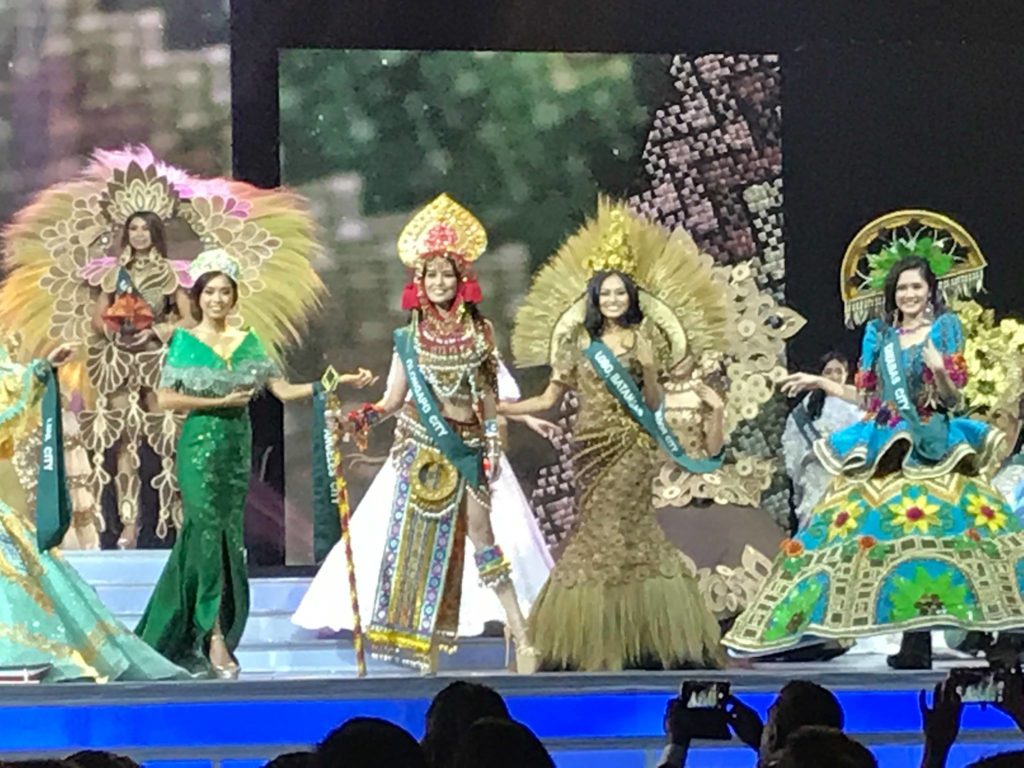 We are all aware of so many beauty pageants around the world, but I think Carousel Productions, Inc. is the only pageant organizer who has focused on protecting Mother Earth for the future generations in a form of beauty pageant. I found the pageant very meaningful and very symbolic in getting the attention of the world’s population to do something about Mother Earth. And that is what each contestant of Miss Philippines Earth and Miss Earth focuses on when they join the pageant. The winners become Ambassadors of Goodwill educating the world and the country they come from on how to preserve our resources and most of all our earth.

And for that, I commend my friend Peachy Veneracion and Carousel Productions, Inc. of the Philippines and every contestant who joins the Miss Earth pageant with the goal of educating the world on how to protect Mother Earth for generations to come. 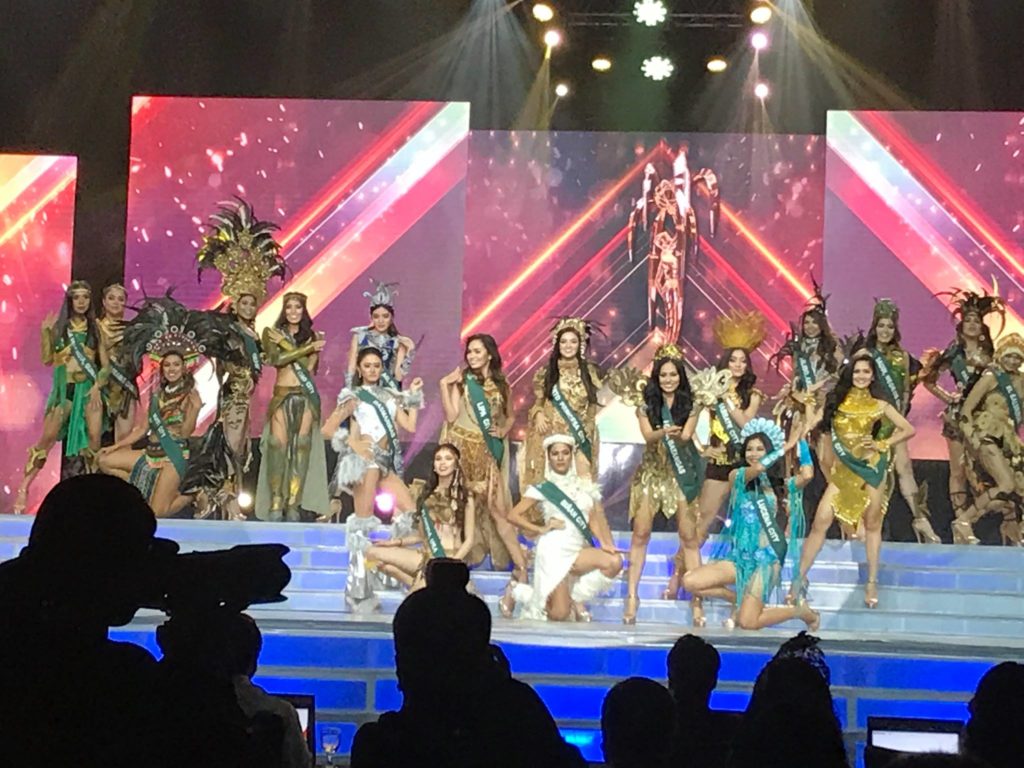 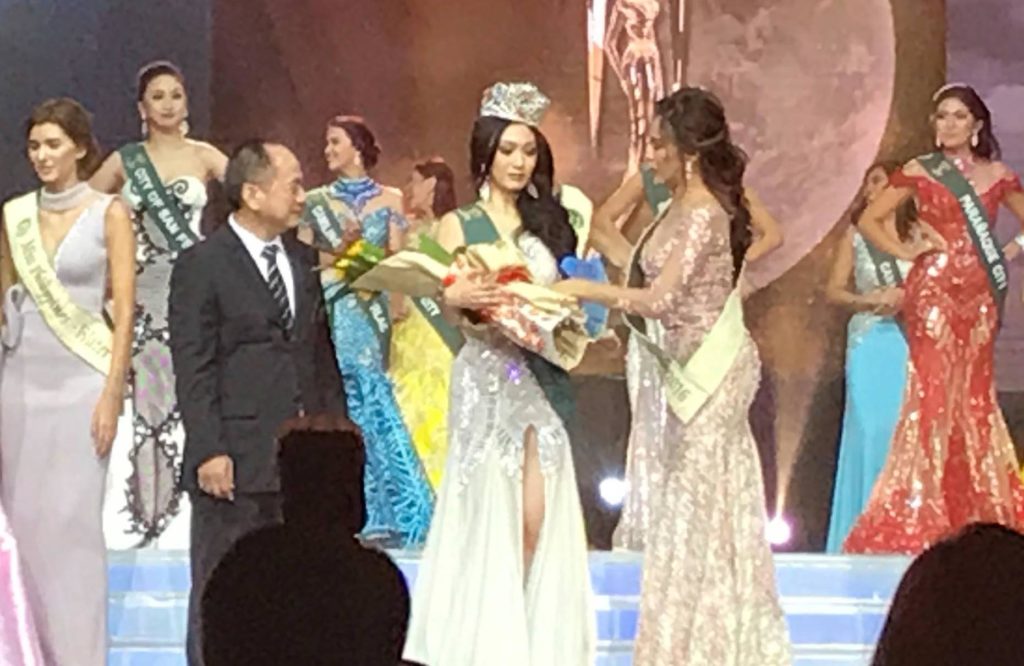 More info about the Miss Philippines Earth at www.missphilippines-earth.com