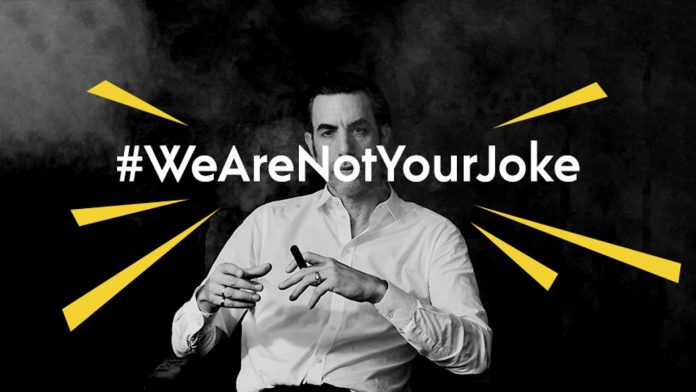 The recent Amazon release of Borat 2 has renewed familiar discourse following the release of the first film in 2006. The lead actor, Sacha Baron Cohen has consistently come under fire for his racist trope portrayal of various characters whether it is an “Arab” General or a “Kazakh” journalist.

Cohen consistently defends his depictions of the Central Asian nation of Kazakhstan recently stating “I chose Kazakhstan because it was a place that almost nobody in the U.S. knew anything about, which allowed us to create a wild, comedic, fake world.” in response to learning an organization Kazakh Tourism voted in the Borat phrase “Very Nice!” as a marketing slogan. Several news agencies ran articles stating Kazakhstan has embraced Borat mistaking the semiprivate subsidiary Kazakh Tourism as a governmental organization, meanwhile the Ministry of Foreign Affairs of the Republic of Kazakhstan publicly condemned the Borat films as racist and xenophobic. All this being said however, we should not take the press release of one organization as the sole representation of the voice of a people and it is important to consider the nuance and recognize the importance of speaking to people directly about their experiences, in this way we do not paint communities with a broad brush regardless of the context.

In response to the film, Kazakhs have taken to social media condemning its offensive misrepresentation of Kazakhstan and sharing their experiences with discrimination and racist comments following the release of the first film in 2006. In an AsiaTrend online survey for Kazakh Americans, Botagoz C. from New York shared her experience “As a woman, especially as a Kazakh woman I feel extremely disturbed and emotionally distressed by the movie. I started developing fear for me and my family. With the 1[st] Borat movie I was harassed and called a prostitute, I have been told that I sleep with my brothers and I don’t know what a bathroom is. And here we come, another movie. What disturbs me is that the movie is full of hatred and sexism. He depicts women as a thing to be gifted to wealthy men, that we live in cages and we are not human.”, similar sentiments have been shared as wounds from the first film are being reopened.

On December 16 Kazakhstan celebrates its Independence Day from the Soviet Union, last year’s commemorations coincided with online campaigns to increase awareness about the rich and complex history of the Kazakh struggle amidst misrepresentation. Rinat K. from Washington expressed that the general public should seek to educate themselves about the Goloshchyokin Genocide of the 1930’s rather than preoccupy themselves with stereotypes. The racist tropes in Cohen’s films should always be decried however they are all the more inappropriate now at a time where the CCP is conducting an ethnic cleansing of Uyghurs and Kazakhs in PRC occupied East Turkestan. Under which moral standard can this be considered acceptable?

A common theme observed between Kazakh Americans sharing their experiences in the survey and online discourse is that support and solidarity for their community is largely absent from other Asian and Muslim American groups, consequently many have denounced the selective activism of the mainstream as hypocritical.

Western media sources are eager to point out that the film is satire, though when such views are popularized they seldom reference Kazakh perspectives. The humor in Cohen’s films is reminiscent of outdated racist humor that was at one point normalized. Taking advantage of the perceived obscurity of a distant nation and capitalizing off the public’s lack of familiarity with it is the exact racist framework which western imperialist literature used to misconstrue and distort the public’s perception about Asia, Africa, and the indigenous communities of the Pacific Islands and the Americas.

As we head into 2021, let us all do our part to be part of a more conscientious society, it will do us more benefit to enrich ourselves by learning about a new culture rather than buying into cheap laughter from distasteful and racist humor. Just as we decried Aloha and the live action remakes of Ghost in the Shell and Avatar the Last Airbender for white-washing, we must hold Cohen’s historically racist work to the same degree of scrutiny. The selective outrage of communities is disheartening because a joke is not funny if it makes someone else’s life harder.

Click here to view a joint letter from the Kazakh American Association, Hollywood Film Academy LLC and the Council on American-Islamic relations calling on film associations to bar the new Borat movies from consideration for awards.

To support the Kazakh American community please consider following We Are Not Your Joke on Facebook to learn how to get involved and learn something new as well as supporting Kazakh artists actively involved in raising awareness on racism and sexism towards Kazakhs following the release of Borat; Kenecessary and Gia Noortas.