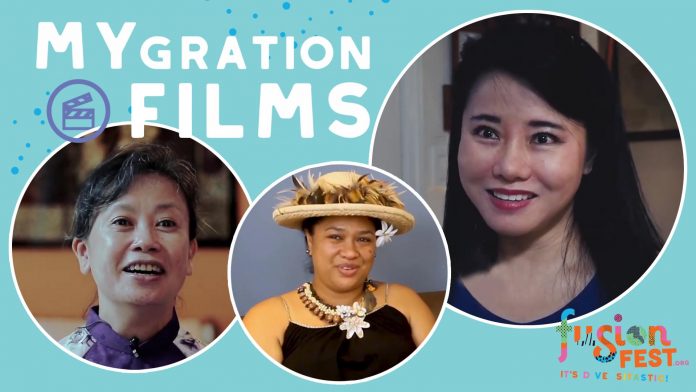 The “MYgration” Films started in 2019, in partnership with Global Peace Film Festival. The interviewees are all from Central Florida, shared stories about where they and their families came from and how they came to call this community their home with filmmakers, also from Central Florida. The interviewees and filmmakers met once at the FusionFest Film Contest pairing, and films were completed in a week.

The films screened twice during the Global Peace Film Festival, where voting will determine an “Audience Choice” winner. The films screened continuously at the FusionFest, Nov 28 and Nov 29. in downtown Orlando, and judges awarded the top prize of $1,000.