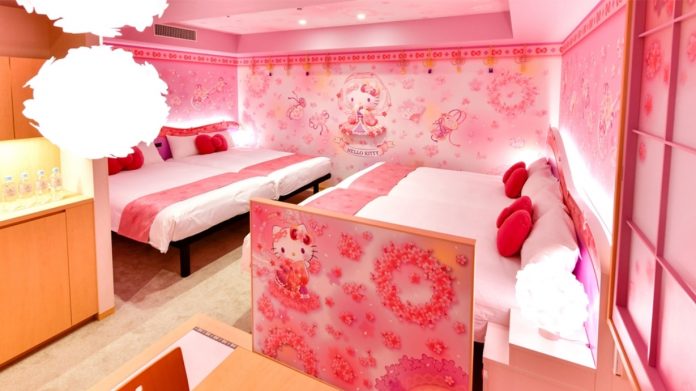 To complement the traditional Japanese atmosphere of Asakusa, Tobu Hotel has launched two Hello Kitty Japanese-themed rooms, namely “Sakura Tennin 櫻天女” with pink cherry blossoms theme and “Modern Japanese 和モダン”. The room of “Sakura Tennin” is equipped with a Japanese-style house, which is a Japanese and Western eclectic design. In the Modern Japanese room, there is Hello Kitty wearing a modern kimono. The room adds traditional Japanese patterns and presents a modern and fashionable style.

The two themed rooms have 3 each with an area of 384 square feet and can accommodate up to 4 people. The hotel will provide special gifts for the guests staying in the theme rooms.