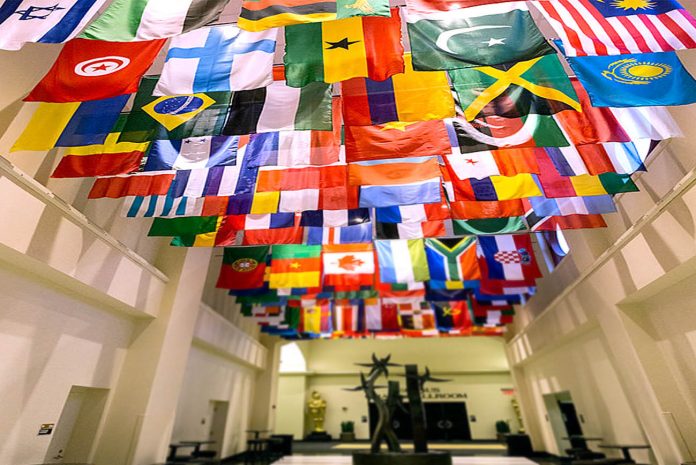 In recent weeks associate psychology professor at the University of Central Florida, Charles Negy has come under fire by different groups for his track record of racist and problematic tweets and comments. Of these tweets was one downplaying the systemic injustice towards African Americans by pointing to the success of Asian Americans as a model minority.

UCF has announced an internal investigation into Professor Negy’s conduct, though many students, staff and alumni remain frustrated over a lack of transparency. On Friday June 5 several UCF executives including President Cartwright, Provost Johnson and Interim Chief Equity, Inclusion and Diversity Officer Dr. Kent Butler held a panel to answer questions from the community regarding the response of UCF in the midst of the Black Lives Matter protests in the wake of the murder of George Floyd by police and the untimely distasteful tweets of Professor Negy.

The event, held over zoom, was impassioned with powerful emotions, and exposed several rifts between the university’s administration and the student body especially regarding minority representation. This situation is the first major challenge of UCF’s new President Dr. Alexander Cartwright , hopefully having this powerful wakeup call at the start of his term will encourage his presidency to take active steps in mending the deep wounds of racism and gaps in minority representation entrenched into the university system. The question will forever loom however, how did such behavior go unchecked for this long?

A common trope used throughout American history is the idea that the general success of Asian Americans as a minority can be used as an excuse to defend the status quo despite all its issues. We have seen it time and time again used by political pundits and even several of us in our own communities who take this as a compliment and uphold it with pride.

It is irresponsible, and overly simplistic to paint all Asian Americans with one brush. We are one of the most diverse groups on the face of the planet and are always eager to remind people of that. So why do we only use it for our own bragging rights instead of also using it to shed light on socioeconomic disparities within our demographic? What about the Hmong American community with unemployment rates over double that of Asian Americans as a general category?  What of US born Laotians being below the poverty line compared to not only Asian Americans but to Americans as a whole? Are they model minority too? Is this subject too uncomfortable to talk about? A chilling reality that never makes its way into mainstream talking points.

In an article for Medium, author and activist Deepa Iyer eloquently put coined the term racial bribe that describes this trend perfectly. In the current power dynamic Asian Americans strive for the inherent whiteness of the status quo and in doing so we often disregard association to the African American community. Why do we take the racial bribe? Why do we need to uphold a system where we are second best rather than fight for a system that puts everyone first? Is it because many of us seek to avoid seeming controversial? Is it because we have internalized the vicious attacks on immigrant communities that we “are lucky to be here, so don’t complain”?

There is a dog-eat-dog framework in place, and it pits Black and Asian communities against one another. To whose benefit is such a framework? Ours? We cannot deny the conflicts and tensions of the past but in doing so we cannot deny that the Civil Rights movement was largely led by the Black community and Asian Americans benefited greatly from it as well. We cannot deny that in a pluralistic society, we cannot be at peace if we do not have justice. We cannot be keen to celebrate diversity without also engaging in difficult topics addressing inequality and the grievances of African Americans since the founding of this country on the backs of slaves.

Yes, obviously “we face racism too”, the wounds of racism in East and Southeast Asian communities following COVID19 are still fresh, but why does this need to invalidate the African American struggle in the eyes of our communities? Why does everything have to be a contest? Nobody responds to “Breast Cancer Awareness” with “But All Cancers matter”, why are we doing it now?

We as Asian Americans need to reject anti-blackness and the Model Minority myth in our own communities and not take the racial bribe. We are not a trophy, we are a complex group full of nuance, disparity, and widely differing experiences. We are not a pawn on the chessboard of white supremacy. Our story is not one that has to put down that of our Black neighbors, rather it should be one of justice,  not as fellow minorities, but more meaningfully as fellow humans.