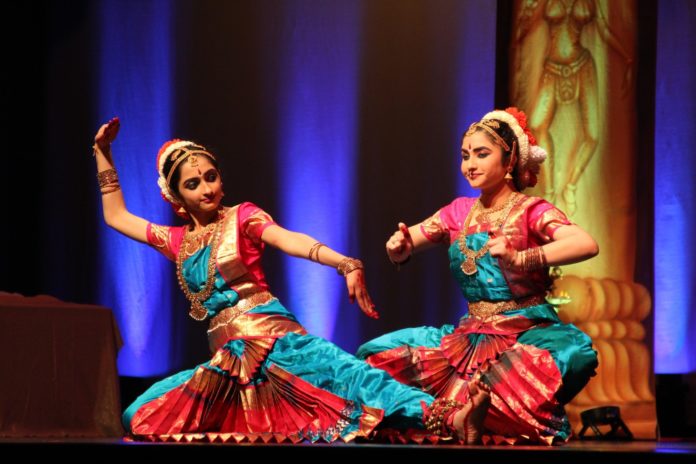 Sweta and Divya Srinivasan – Twin daughters of Kannan Srinivasan and Dr. Anita Ekambaram had their arangetram (Indian Classical Dance Debut) with live Orchestra from India on Aug 14th, 2016 at Lyman High School Auditorium.  Bharatanatyam is an ancient classical dance that originated in Southern India, over two thousand years ago and is a dance that combines aesthetics and spirituality. 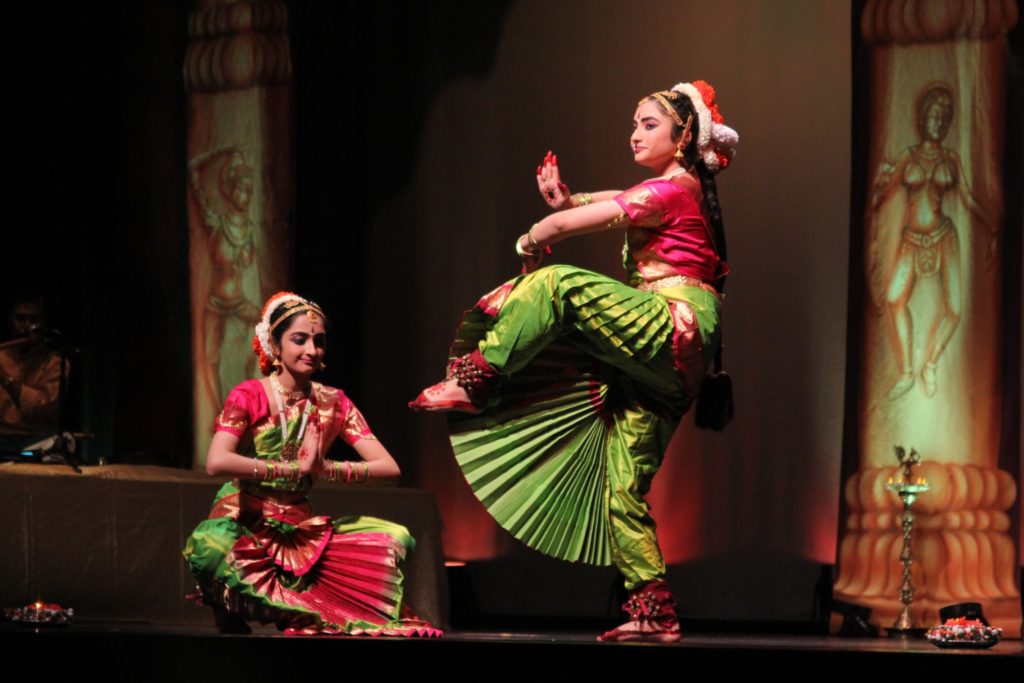 A traditional dance form known for its grace, purity and sculpture like poses, Bharatanatyam is a compilation of three distinctive movements: Rhythmic dance movements-Nritta, Dramatic dance movements-Nritya and a combination of both-Natya.  ARANGETRAM is a milestone in the path of progress for an artist of fine arts and is achieved owing to a concerted effort with consistent practice.  It is exhibited as an ‘Education of Arts’ via entertainment to an invited art loving audience. A tapestry of new learning is interwoven with the cultural aspect to achieve a level of graduation.

Sweta and Divya have been learning Bharatanatyam under the tutelage of Guru Smt. Geetha Raj Karkera of Nritya Dance Academy for the past 5.5 years. They have represented their academy in various dance programs and have won several prizes at dance competitions. Sweta and Divya were the first to perform  Bharatanatyam using a hoola hoop as a prop. 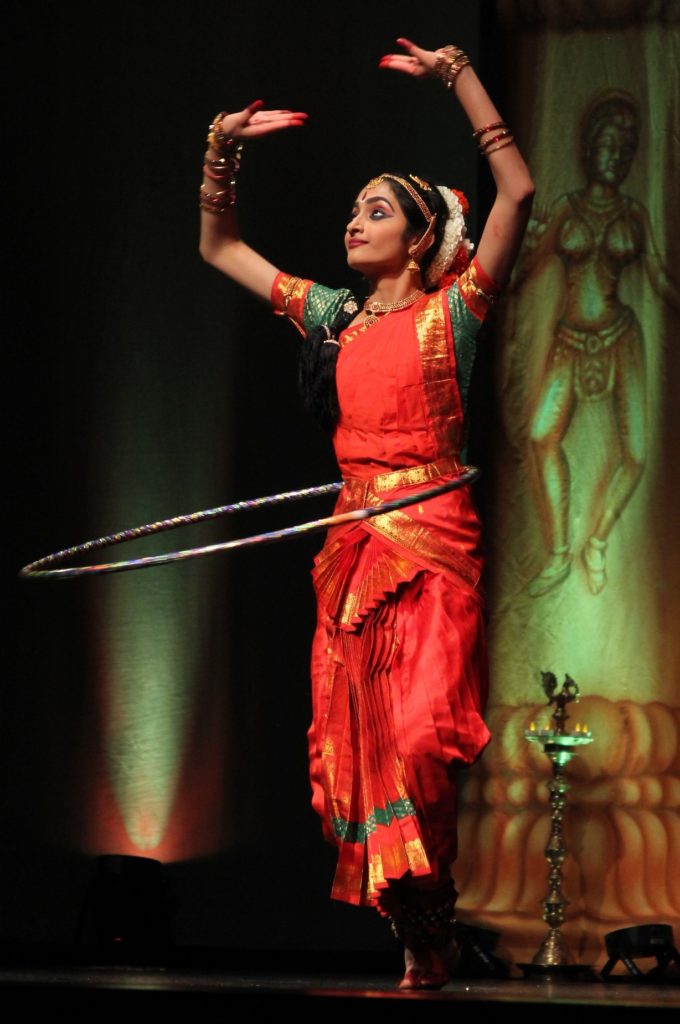 Sweta and Divya are in 8th Grade (Pre IB Gifted program) and are Honor Roll students at Sanford Middle School.   They received their black belts in Taekwondo in 2014.  They have also won several science fairs and art competitions. Sweta and Divya have also received a letter of appreciation from the First Lady Mrs. Michelle Obama for their science fair projects. Sweta has represented her school at the County Science Fair Competition and was selected for Broadcom Masters (2014). Divya has represented her school in Spelling Bee Competition and was finalist of the Seminole County Spelling Bee Competition (2014).